Danny Mills has claimed Jamie Shackleton will “definitely” get the nod to start for Leeds United tonight against Leicester City.

Speaking exclusively to Football Insider correspondent Dylan Childs, the former United defender is convinced the 21-year-old is in line to be preferred to Pascal Struijk for he Elland Road 8pm kick-off.

Struijk started the last Leeds match against Aston Villa in place of the injured Kalvin Phillips but was withdrawn by Marcelo Bielsa after just 21 minutes following an early booking.

Shackleton replaced his fellow youngster and produced an outstanding display in central midfield as United secured a shock 3-0 win.

Bielsa revealed at his media conference last Friday that he had yet to decide who to select in place of long-term absentee Phillips against Leicester.

But Mills believes the Argentine will stick with Shackleton and hand him what would be his first-ever Premier League start.

When asked by Football Insider if he expects Shackleton to start over Struijk, Mills replied:

“I definitely think Shackleton will start. Bielsa has shown that if you come in and do well, it does not matter how old or inexperienced you are, you stay in the side.

“It is very much about playing for the team and doing what is asked of you.

“We have seen that with the faith that he has shown Patrick Bamford over the past couple of seasons.

“That has now paid off. I do not think Bielsa is concerned about experience. If you do the right job you stay in the team.” 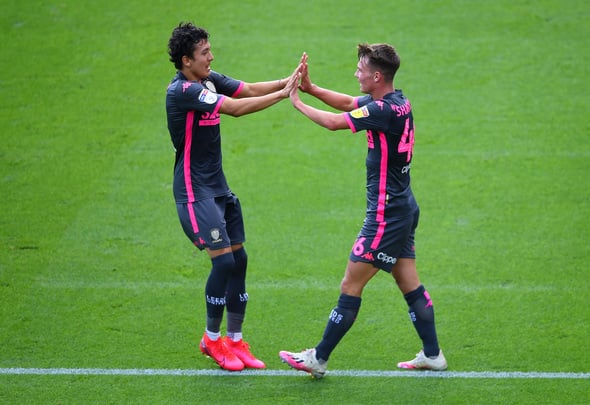 Leeds will climb to third in the Premier League table if they defeat eighth-placed Leicester.

Bielsa’s side have won three and drawn one of their six matches in the division this season and won new admirers with their bold attacking play.

In other news, Football Insider has been told that Leeds United are planning contract talks with “brilliant” 28-year-old.