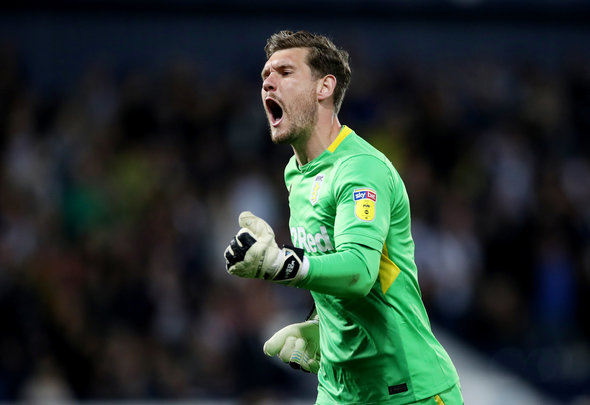 Danny Mills has mooted a potential move to Leeds United for Aston Villa goalkeeper Jed Steer as he suggests the 26-year-old could be on his way out this summer.

Speaking exclusively to Football Insider former England ace Mills said that despite being a mainstay for the Villans during their successful promotion campaign, the signing of a new goalkeeper could spell the end of Steer’s stay in the midlands.

Villa have been reported to be chasing Stoke City stopper Jack Butland following their promotion back to the Premier League and Mills suggested a move to Leeds, who made it to the play-off semi finals under Marcelo Bielsa, could come around should Steer depart his current club.

Asked whether it would be harsh on Steer to see a new goalkeeper arrive at Villa Park, Mills told Football Insider: “That’s life unfortunately. If there’s somebody a little bit better than you and they’re available, that’s the way it goes.

“He’ll have to then maybe move somewhere else. Are Leeds interested? Do somebody like Leeds take him? They’ll think he works for us.

“If there’s somebody better than you, they come in, they take your position, you go somewhere else, you’re better than them and take their position. It’s the way life works, it’s the way the world works – football just expedites that an awful lot quicker.”

Steer was one of the biggest success stories at Villa under Dean Smith, returning from a loan at League One Charlton in the first half of the campaign to take his place as first choice in the starting XI.

Usurping Orjan Nyland and Lovre Kalinic in the pecking order, the English stopper went on to make 19 appearances for Villa on the way to play-off glory.

In other Aston Villa news, it can be REVEALED that Dean Smith’s side have set their sights on a pair of senior Premier League players at one southern club.