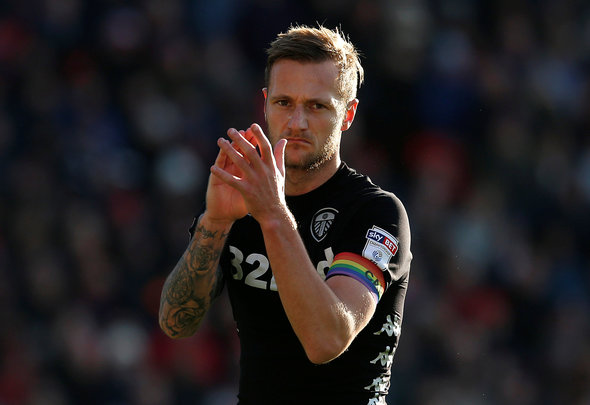 Millwall manager Neil Harris has paid his respect to the Leeds fans and the team after a thrilling full-blooded Championship game that saw Liam Cooper sent off.
In the post-match press conference, Harris said he thought Leeds were “fantastic” in the second half.
He said that his side lost their composure for 15 minutes and that let Thomas Christiansen’s men back into the game after trailing 2-0.
Two goals from Pierre-Michel Lasogga and one from Kemar Roofe threatened to give the ten men three points, but two late Millwall goals broke the hearts of the Elland Road faithful
Harris also praised the Leeds fans saying that besides the Den it was the best atmosphere he had ever ever experienced.
The comments were quoted by Yorkshire Evening Post journalist Phil Hay on his Twitter page on Saturday evening:

Neil Harris in the press conference. First thing he did was credit Leeds. "In the second half I thought they were fantastic. They had a right go. We completely lost our composure for 15 minutes." #lufc

Harris thought both sides fed off the crowd. "I played here in a play-off semi-final and with the exception of the Den, it's the best atmosphere I've ever played in." #lufc

In other Leeds news, fans have reacted badly to this player’s performance against Millwall.
We’ve launched a << BREAKING NEWS FEED>> exclusively for your club. ‘Like Us’ on Facebook by clicking here if you want 24/7 updates on all Leeds United breaking news.