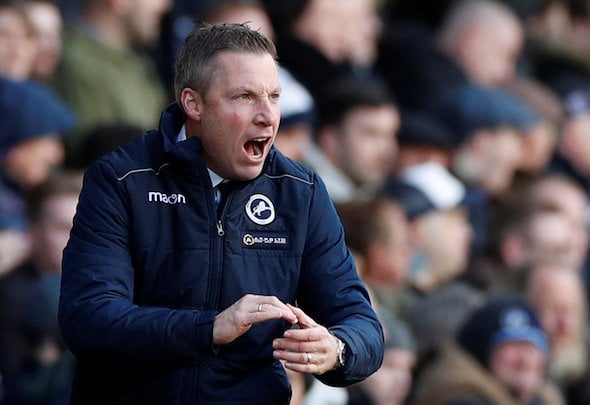 A number of clubs have been tracking McCarthy, 23, this summer, but the Championship club have firmed up their interest with an official offer.

A Millwall source has told Football Insider that manager Neil Harris is keen to strengthen his centre-back options before the transfer window closes next month and has identified McCarthy as his top target.

The Lions are now waiting to see if their offer will be accepted by Wycombe, with a number of Championship clubs monitoring McCarthy’s situation.

He caught the eye for Wycombe last season after joining from Barnsley, making 49 appearances in all competitions for the Chairboys.

The defender, who started his career at Southampton, won the Supporters Player of the Year award at the League One club last season and they are reluctant to lose him.

The ex-Walsall and Barnsley defender made 48 starts among his 49 appearances last season, with 44 of them coming in Championship fixtures.