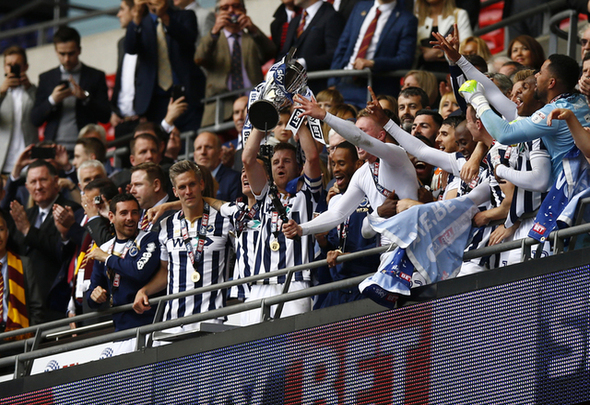 Leeds fans have aired their disappointment on Twitter after Millwall defeated local side Bradford in the play-offs on Saturday afternoon.

The two sides met each other at Wembley for the League One play-off final and it was a close-fought encounter, but a goal from former Whites forward Steve Morison ensured that Neil Harris’ side would be playing in the Championship next season.

It now means that rather than a short trip across Yorkshire to Bradford Leeds fans will now be faced with another trip down to London to face Millwall.

This has noticeably caused a lot of disappointment among the Elland Road support on social media with many keen to see more local fixtures.

Meanwhile, others took to lay into former striker Morison, who had an underwhelming two years at Leeds between 2013 and 2015.

Steve Morison consistently ruins everything for everybody. #lufc #bcafc

Would have preferred Bradford up but they’ll receive the same zero sympathy they reserve for us. 👋🏼 #LUFC

Unlucky #bcfc u were the better side by far ….go again next year 👍 #lufc

Would much rather be playing Bradford than Millwall next year. #lufc

Really wanted Bradford to go up. Millwall really are the most pointless club in the football league. Couple of boring games next year #lufc

Marvellous, bloody horrible Millwall next season #lufc Would have much preferred Bradford

Leeds last faced Millwall in February 2015 at Elland Road in the Championship with a goal from academy graduate proving decisive in the 1-0 win.

Fans will now be hoping for a similar score line when the two sides meet again next season as Garry Monk’s men look to win promotion themselves.

In other Leeds news, Whites fans have also reacted on Twitter to this cryptic Tweet from reported target.