Paul Robinson insists plenty of Premier League clubs will be looking to sign James Tavernier from Rangers this summer.

The Rangers captain was awarded the PFA Scottish Player of the Year award at the weekend.

Tavernier, 29, picked up 19 goals and 16 assists in all competitions this season as Rangers went unbeaten in the Premiership.

He missed eight games towards the end of the season after picking up a knee injury but was fit enough to lead the Gers out for their last four league games.

Robinson compared Tavernier to Trent Alexander-Arnold after his prolific season from right back.

“He’s like Trent Alexander-Arnold going forward, what Tavernier has done is incredible.

“The whole Rangers team have had an incredible season. But for player of the season, he was a shoo-in for that.

“He’s got defensive capabilities as well as his attacking capabilities, he’s a top player.

“There will be a lot of Premier League clubs looking at him, and trying to sign him, but there’s a huge draw to being at Rangers at the moment.” 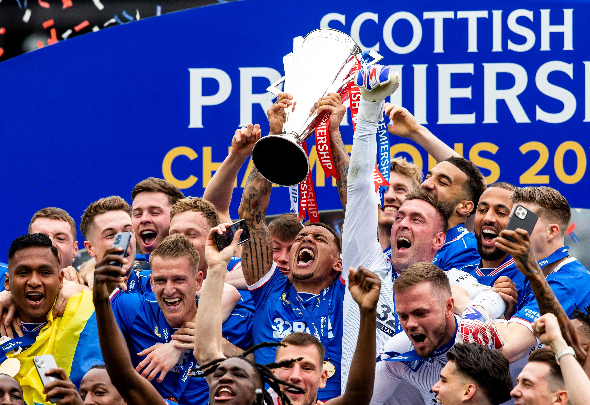 Rangers ended the season 25 points clear of Celtic after their Old Firm rivals drew on the final day.

Steven Gerrard can now start preparations for his assault on the Champions League next season.