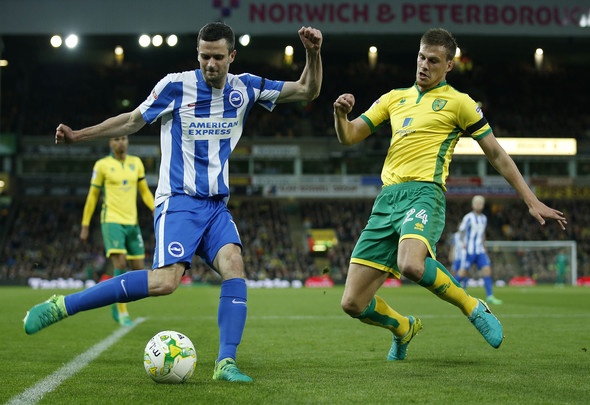 Jamie Murphy has revealed that his dad cried with pride after he signed for his boyhood club Rangers.
He signed on loan for Rangers last week for the rest of the season, which will become a permanent move in the summer.
And it was the culmination of a lifelong dream after he had grown up supporting the club before joining Motherwell.
When he found out that Graeme Murty wanted him at Ibrox, he was willing to turn his back on the Premier League with Brighton to realise his dream.
And, in an interview with the the official Rangers site, Murphy revealed that his dad was bursting with pride after he signed his new contract.
“I’m delighted to be here. Obviously it lasted a couple of days the transfer, but I’m glad everything went through.
“The last couple of days were a bit manic but to get everything done and to come over and see all the boys, it’s been a great start.
“Rangers is obviously the team I supported growing up and the team my family supported as well so they are all delighted, as am I, and I can’t wait to play some football.
“There was a little tear in my dad’s eye when we were doing all the signing stuff so it’s a big thing.
“Obviously being from Glasgow I know what it’s like supporting the club, so I’m going to do everything I can to try and help Rangers become successful again.”
Murphy has joined up with his new teammates in Florida as Murty aims to steer Ranger back to the top of the Scottish Premiership.
In other Rangers news, the Gers have tabled a six-figure bid for this international attacker.
We’ve launched a << BREAKING NEWS FEED>> exclusively for your club. ‘Like Us’ on Facebook by clicking here if you want 24/7 updates on all Rangers breaking news.