Celtic being without James Forrest for the Old Firm derby this month is a “blow”, according to Alex McLeish.

Lennon confirmed this week that Forrest would miss the Old Firm game with an ankle injury he suffered against Riga in the Europa League.

The Celtic boss said the injury was a “sore one” and he could not confirm how long the Scotland international will be out.

Forrest, 29, had featured in every game for the Scottish champions this season before picking up the injury.

Asked by Football Insider how much of a miss Forrest will be, McLeish said: “You want all your experienced players on derby day.

“Sometimes the newcomers can turn it on as well and add another step to their game but to lose players who have played in Old Firm games 16, 20 times they have that experience.

“They know how to play the game, ok, there’s no crowd, but they certainly know the values of those derby games.

“That would be my biggest fear for the weeks to come with international football. I know that every club manager will be really sitting on edge thinking ‘I hope these guys come back safe and sound’.

“There is that pressure on players because we are cramming in games at this particular time.” 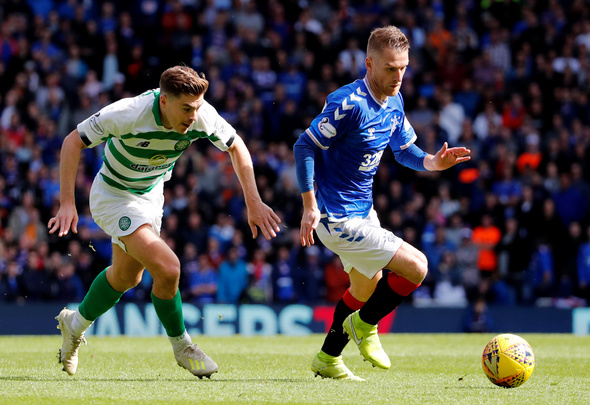 Forrest’s most memorable moment in the Old Firm came last March where he scored an 86th-minute winner against a 10-man Rangers.

He has scored twice against Rangers at senior level with his first coming April 2018 in a 5-0 win for the Bhoys.

In other Celtic news, Football Insider can REVEAL Fulham are set to blow the Hoops out of the water to sign a 27-year-old.