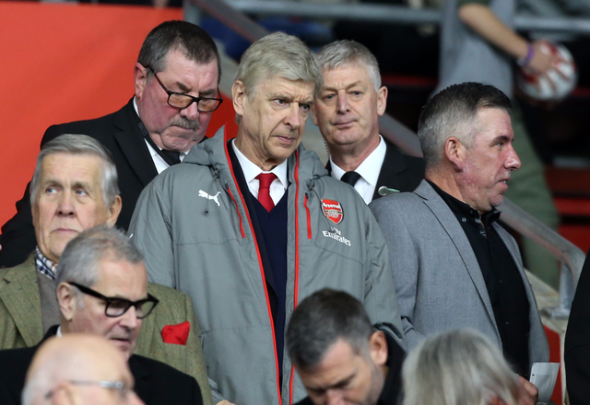 Charlie Adam is confident that Alexis Sanchez, Mesut Ozil and Arsene Wenger will all remain at Arsenal for the 2017-18 season, buts says Wenger needs to clarify his position.

Scotland international Adam was on the receiving end of a 4-1 drubbing against the Gunners on Saturday evening, as his Stoke City side were comfortably beaten despite being on home soil.

He told BBC Radio 5 Live that both Sanchez and Ozil want to remain at the Emirates Stadium, even though the attacking duo are yet to put pen to paper on new deals in north London.

Following Sky Sports‘ report that Schalke’s Sead Kolasinac will sign for the Gunners on July 1, Adam also believed Wenger will remain as boss although his contract is set to end in six weeks.

“Sanchez and Ozil do not look as if they want to leave,” Adam said, as quoted by BBC Radio 5 Live’s Twitter account.

“Sanchez was his usual bubbly self, always willing to run and Ozil is a wonderful player but does get criticism for the other side of the game.

“Going forward, the cloud over Arsenal remains; will Wenger stay? It looks as if they’ve signed a player for next year so it looks like he will stay but they need clarification on what will happen.”

'Sanchez and Ozil don't look like they want to leave #Arsenal'@Charlie26Adam's #SCFC were given the runaround by the pair on Saturday: pic.twitter.com/sbVboXtfGE

Both Ozil and Sanchez’s future are in doubt with their current contracts only set to run until the summer of 2018, leaving many to suggest that the duo could leave north London.

However, former Liverpool star Adam believes both will remain after starring against Stoke, combining with aplomb to give the Gunners a 2-0 lead in the second half.

Chile international Sanchez’s inch-perfect pass found an on-rushing Ozil who chipped Jack Butland to score, and it is that kind of quality the Gunners will be desperate to keep.

Wenger, 67, is yet to make a decision on his future in the public domain, with only three games left of the 2016-17 season.

Wenger, Ozil and Sanchez go up against Sunderland on Tuesday night at the Emirates Stadium, as the trio look to combine to keep the Gunners’ chances of finishing in the top four alive.

In other Arsenal transfer news, Newcastle are favourites to complete a deal for this 22-year-old Gunners defender.