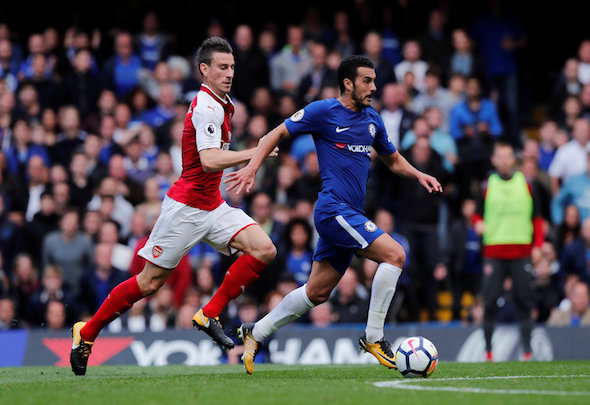 Arsenal defender Laurent Koscielny has urged fellow teammate Alexis Sanchez to start producing the goods for the club but admitted that the forward faced a “difficult situation” during the summer.

Sanchez, 28, was heavily linked with a move away from the Emirates Stadium throughout the transfer window but a deal failed to materialise over the summer.

The Chilean has featured in five matches for the Gunners this season and his only goal came in the 3-1 Europa League victory over Bundesliga outfit Cologne.

The forward has started the last two Premier League matches on the substitutes bench as he continues to improve on his match sharpness.

The Chile international was the talisman for the North London club last season, notching up a total of 30 goals in all competitions.

Speaking to the Evening Standard, Koscielny, 32, is hopeful that Sanchez can regain last season’s form in front of goal as soon as possible.

“I know it was a difficult situation with the transfer window but now it’s finished and I think he is focused on his job, on his performance and on his club,” he said.

“He’s an Arsenal player and he knows that he needs to play and he needs to score some goals and give assists to be better.

“He’s still working every day like he did before, so the most important thing is to keep his head cool and just play and enjoy.”

The French missed the opening two matches of the campaign after picking up a red card in last season’s final fixture against Everton.

Both men could feature as Arsenal welcome West Bromwich Albion to the Emirates Stadium on Monday evening.