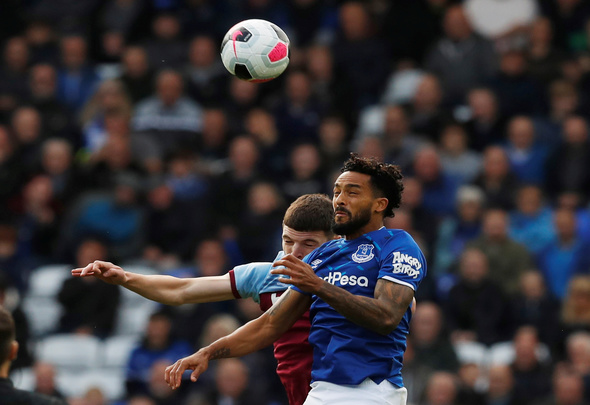 Danny Mills has been left raving over the experience and know-how of Everton winger Theo Walcott after he made his return to the starting XI against West Ham on Saturday.

Speaking exclusively to Football Insider assistant editor Russell Edge, the former Manchester City and England full-back says that the wide man is a dependable option for manager Marco Silva who regularly puts in consistent displays for the Toffees.

Walcott, whose only other start this season came against Manchester City, played 86 minutes in the 2-0 win over West Ham, having missed out the defeat to Burnley due to injury.

Mills says that the former Arsenal attacker is a player who Marco Silva can depend upon week in, week out, while also showing flashes of brilliance during his career.

“When you’re struggling, as Everton have been doing, sometimes you need to revert to type and you need to go with that experience, you go with a solid base. First and foremost, let’s not get beat and then let’s go from there.

You put players into those positions that you know and you trust, you know what sort of performance you’re going to get.”

Walcott has played six times in the Premier League this season but four of those appearances have come off the bench, while he also has two League Cup substitute outings under his belt.

Everton’s next match sees them take on Brighton away from home, the Seagulls having been beaten 2-1 by Aston Villa on Saturday.

In other Everton news, Football Insider can reveal that one man wants a January exit after seeing a move away collapse at the 11th hour.