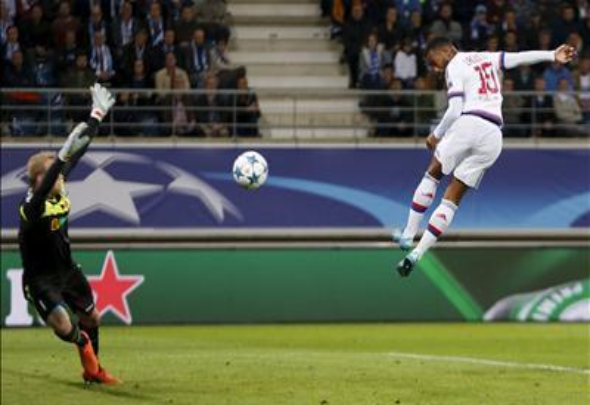 Former Gent goalkeeper Matz Sels has revealed that he turned down offers from the Premier League to join Newcastle.

The 24-year-old was the first signing in manager Rafa Benitez’s revolution this summer, signing for around £4.5million after an impressive spell in Belgium.

Sels put pen to paper on a five-year deal at St. James’ Park and could start between the sticks against Fulham on Friday night as Newcastle begin their Championship campaign.

“There was also a few teams from the Premier League that was interested, but Newcastle is a really big club,” said Sels. “It’s strange that they were relegated, but that’s football.

“I heard about the interest from Newcastle, had a talk with Rafa Benitez and was convinced of my choice.”

The former Belgium under-21 international is set to rival three other goalkeepers for the no.1 jersey on Tyneside, with Tim Krul, Karl Darlow and Rob Elliot all vying for a starting place.

But Sels, who has been handed the number 28 shirt, is fully focused on returning the Magpies to the top-flight.

“It’s a team that doesn’t belong in the second division,” he said. “Normally, it’s always a Premier League team – a top club in the Premier League. I was convinced of my choice.”

In other Newcastle news, a huge crowd turned up to see the Magpies new signings on display in training.