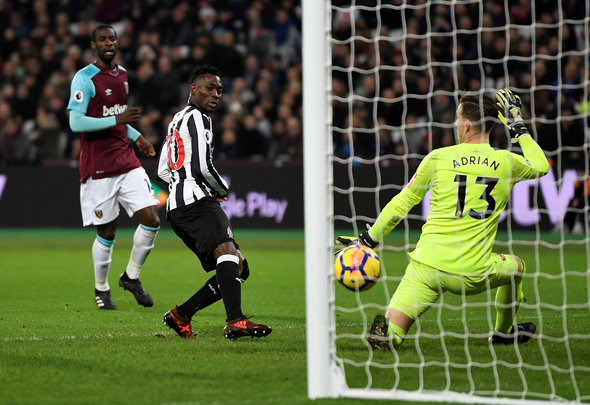 When Newcastle United managed to capture the loan signing of Chelsea winger Kenedy in the January transfer window, few would have been predicting that the 22-year-old would have made the impact he has gone on to make.

Since making his debut against Burnley at the end of January, the Magpies have gone on to lose just one of their matches, with the Brazilian acting as a crucial figure in the senior side.

His eight appearances have seen him chip in with two goals and two assists, and bring some much needed attacking flair to a previously flat Newcastle attack.

It is no wonder then that manager Rafael Benitez has already confirmed his intentions to launch an imminent move to secure a permanent move for the speed machine, a swoop which could begin with negotiations on Sunday – if the club beat Arsenal and break the 40 point barrier in the process.

So what would that mean for the Chelsea loanee’s rivals on the wings at St James’ Park?

Well, Matt Ritchie has been the other first choice since Kenedy’s arrival, so his position seems safe, leaving current back up options Jacob Murphy and Christian Atsu as those who may well be pondering their futures.

Murphy was the Magpies’ big money signing last summer but the 23-year-old failed to live up to expectation since making the move to the Premier League – but the cash splashed on his capture, plus his age, means that Benitez is likely to keep working on his development into a top flight quality winger.

Atsu on the other hand was the man replaced by Kenedy in the starting XI, and has just one start since the Brazilian’s arrival, having arrived on a reported permanent £6million deal last summer.

He left Chelsea to secure regular first team football but he has found himself usurped by his former club teammate, and if Kenedy is signed then the 26-year-old will have to leave for pastures new.

From Benitez’s comments, it looks likely that the Magpies will do everything in their power to bring another Blues winger in, and Atsu’s future looks in serious doubt as a result.