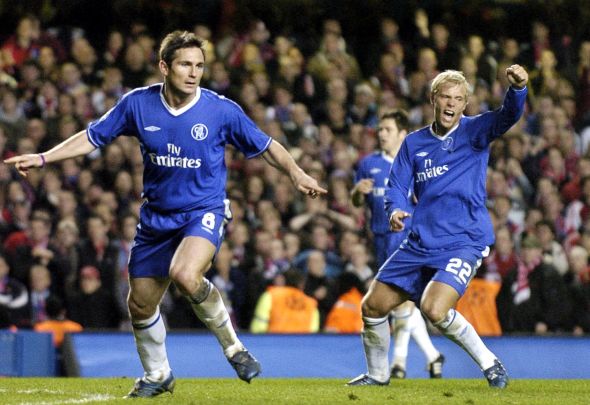 Newcastle and Brighton are considering a move for Frank Lampard, according to a report.

The Express claim that the Championship pair are “considering offering Frank Lampard a one-year playing deal if they win promotion to the Premier League.”

It is reported that the two clubs feel he could add vital experience to their squad next season.

Lampard has announced that he will be leaving MLS side New York City at the end of the season and is believed to be weighing up a number of options.

The 38-year-old has had a distinguished career and is well recognised for his contribution in the Premier League, with the Englishman’s 177 league goals making him the highest scoring midfielder of all-time.

Lampard had spells at Chelsea, West Ham and Manchester City before moving to America for a change of pace and scenery.

The Express report that Newcastle and Brighton will only move for Lampard if they secure promotion this season.

Newcastle are chasing an automatic return to the top-flight following their relegation last season and have made a strong start.

The Magpies are currently top of the league and have won 12 of their opening 16 league games.

Rafael Benitez remained as the club’s manager over the summer and the experienced 56-year-old is enjoying his first taste of the Championship.

Brighton are considered Newcastle’s main challenger to the title and Chris Hughton’s side are only two points behind them.

Newcastle are heavy favourites to return to the Premier League next season and the introduction of Frank Lampard would certainly add experience to their squad. The Magpies slumped to relegation last season and were clearly lacking leaders in the dressing room, something that Lampard would add in abundance. Lampard would be 39 next season and would not be able to play full-time Premier League football, despite remaining fit and impressing during his spell with New York City. He could play an important bit-part role though. Rafael Benitez worked with Lampard during his spell as Chelsea manager and knows what an experienced professional he would be getting, but currently has Jonjo Shelvey taking the reigns as the club’s top central midfielder. Newcastle should take a punt on signing Lampard if they can convince him to join, with the understanding he would play a limited playing role but offer crucial advice to a developing squad.

In other Newcastle transfer news, they have joined the race to sign Leeds’ academy product.