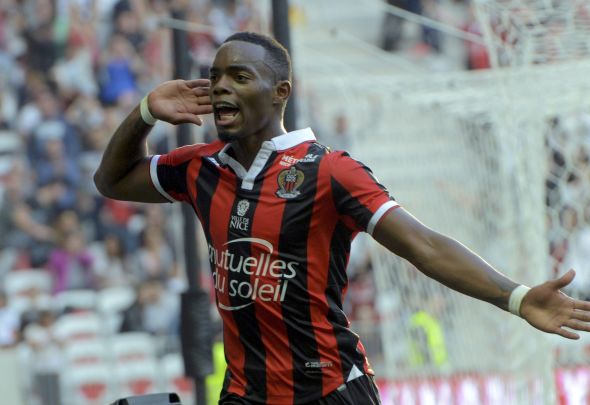 Newcastle are keeping tabs on Nice midfielder Wylan Cyprien as he continues to shine for Ligue 1 outfit Nice, according to a report.

Sunday’s edition of the Daily Mirror (Page 64) claims that Cyprien has caught the eye of Toon boss Rafa Benitez, after playing a crucial part in Nice’s side as they sit third in Ligue 1. Cyprien, 22, has risen to prominence this season, scoring nine goals from midfield as well as providing three assists during Nice’s wonderful campaign.

Able to play in a number of positions, the two-time France Under-21 international has scored goals from right wing, central midfield and the number 10 role.

Benitez could be eyeing a goalscoring midfielder in the summer, with his current midfield men failing to provide a consistent source of goals from deep.

Jonjo Shelvey has struck just four times this season, while attacking midfielder Mo Diame has managed to find the back of the net on three occasions.

However, Nice boss Lucien Favre will be confident of keeping his number 25, as Cyprien has a contract at the Allianz Riviera until the summer of 2021.

Cyprien is a new signing with Nice, after moving to the south coast of France in the latest summer transfer window from French outfit RC Lens.

There is no doubt that Cyprien’s form in Ligue 1 and in the Europa League would make him a fantastic signing, should he be brought to Tyneside. With Benitez looking to return the Toon to the Premier League at the first attempt, Cyprien’s experience in the top flight of France could prove crucial in helping Newcastle avoid relegation back to the Championship in the 2017-18 campaign. However, the arrival of Cyprien could spell the end for Jack Colback, who has failed to replicate the form that saw him become an established Premier League midfielder this season.

In other Newcastle transfer news, here are three big-name players that could leave St. James’ Park in the summer.