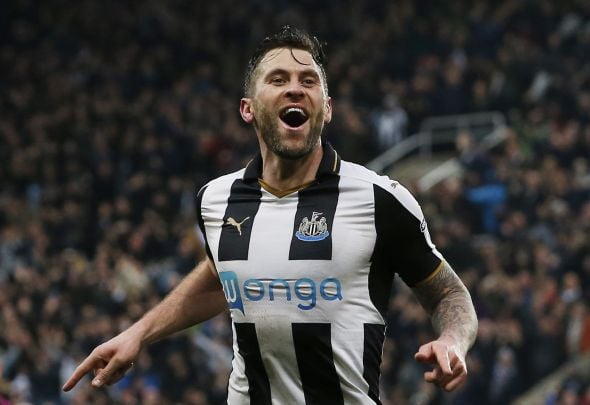 Daryl Murphy is the latest first-team player to join an ever-growing injury list at Newcastle, according to a reliable journalist.

Chris Waugh, a reporter for the Chronicle, claimed on his personal Twitter account on Monday morning that the 33-year-old was set to be assessed over the extent of a calf injury ahead of the international break.

Hanley pulled out of Scotland squad, Elliot & Clark out of ROI – now Daryl Murphy having a calf injury assessed… #nufc

Murphy was called up to the Republic of Ireland squad for their upcoming World Cup qualifier with Wales, but is a doubt for the clash.

But should he face a spell on the sidelines, he would join an ever-growing injury list that has already claimed several key first-team scalps, including Ciaran Clark and Isaac Hayden.

Clark is undergoing assessment for a knee injury, and has already been forced out of Ireland’s clash with Wales, while goalkeeper Rob Elliot (knee) has also withdrawn.

Vurnon Anita and Paul Dummett battled through injuries to feature in Newcastle’s 0-0 draw with Birmingham at the weekend, and will need to use the international break to regain their fitness. And main striker Dwight Gayle is still suffering from the effects of a hamstring injury.

The problems continue as midfield ace Jonjo Shelvey has struggled with illness this week, while Rolando Aarons also remains a long term absentee.

However, fellow midfielder Hayden is close to a return from an ankle injury, and could return in Newcastle’s next game against Wigan.

The continued setbacks could have major ramifications on Newcastle’s bid for promotion to the Premier League, but Rafa Benitez will be hoping his players can battle through their injuries over the next few weeks.

In other Newcastle news, Benitez has highlighted the importance of the international break for his stars.