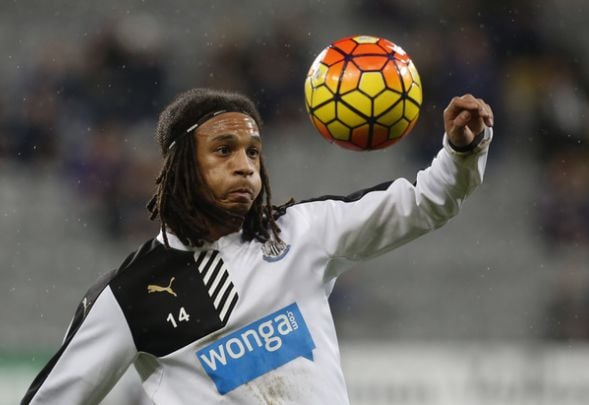 Kevin Mbabu inisits that he gave everything he had in his spell with Newcastle after his permanent move to BSC Young Boys was confirmed on Thursday.

A statement on the Magpies’ official club website announced that the defender “has signed a three-year contract” with the Swiss giants after spending last season on loan there.

The 22-year-old moved to St. James’ Park from Servette in 2013 but only managed to make five first-team appearances for Newcastle as his time there was ravaged by injury.

Mbabu was sent on loan to Rangers in 2015 before enjoying a very successful return to Switzerland with Young Boys last season.

He is understandably gutted to leave Tyneside, but is now beginning to look forward to the future.

“I’ve been proud to wear the black and white shirt and I gave everything I had each time I got the chance to play for this club,” said Mbabu on his personal Twitter account on Friday.

“I would have loved to give you more but injuries and new opinions have decided differently.

“I learned a lot in my time at Newcastle but the biggest is yet to come for me.”

His domestic form for the club was great, but he failed to shine in his one and only performance in the Europa League, as he was shown a straight red card within two minutes of coming off the bench in a 1-0 loss to APOEL Nicosia in the group stages.

The right-back is now probably hoping that he can earn a call-up to the Swiss national team, having represented the European nation at every youth level between Under-16 and Under-20.

In other Newcastle news, the Magpies are keen on this £13.1million-rated La Liga defender.