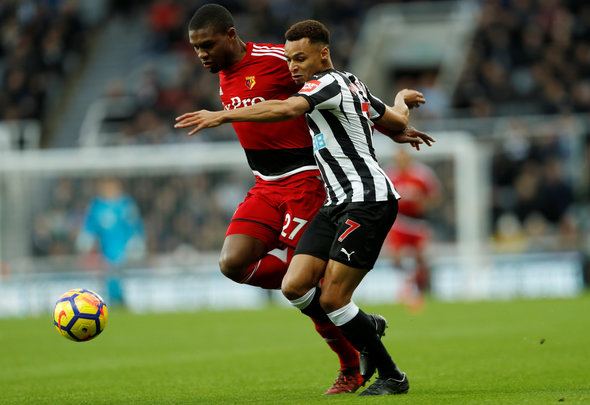 Newcastle United manager Rafael Benitez will have been left tearing his hair out over the international break after seeing some of his stars suffer while with their countries.

Islam Slimani made a shock return from injury for Algeria, playing for his country after an injury blow, despite having yet to turn out for his club having joined back in January, while Matt Ritchie picked up an injury blow which sent him home from Scotland duty.

Having picked up an impressive 3-0 win over Southampton in their last league outing, the Magpies have had to wait three weeks for Saturday’s home clash against Huddersfield, which, like the match versus the Saints, could be a crunch meeting for top flight survival come the end of the season.

Thankfully for Benitez, he will have most of his side available for the showdown at St James’ Park, but despite a report stating that Ritchie is in contention after his injury blow, the Spaniard is likely to keep him on the bench rather than risk him.

As such fringe figure Jacob Murphy, who has just one appearance to his name in the club’s last five matches, is set for a shock recall to the starting XI, in just one change to the side.

Benitez has kept with the same back four for recent games and there is little chance of him changing things up after they have demonstrated a resoluteness together, pulling off some important results.

In the centre Jonjo Shelvey and Mohamed Diame have built up a potent partnership and play off each others strengths, while Ayoze Perez has been the favourite for the attacking midfield role.

Murphy’s wing counterpart will likely be Kenedy, fresh from scoring twice against Southampton, and they should be trying to feed Dwight Gayle with the service to try and pick up an important three points against the Terriers.