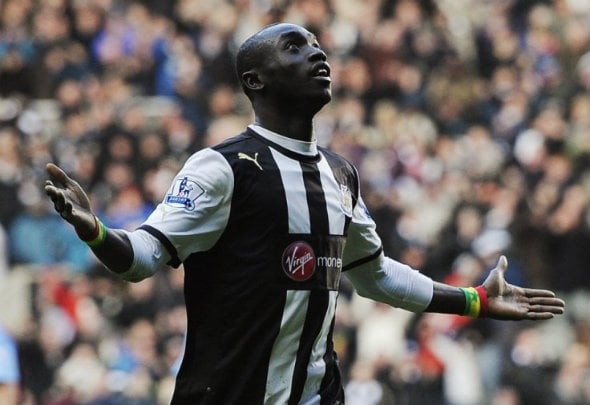 Newcastle are in the market for another forward following the exit of Pappis Cisse, according to a report.

The club confirmed on Saturday that striker Cisse had joined Chinese side Shandong Luneng, sparking rumours that Newcastle could move for a replacement.

The Chronicle have reported that Rafa Benitez will look at securing another striker in this window to replace the departed Senegal international at St James’ Park.

This will please supporters who would have feared that Cisse would not be directly replaced due to the financial restrictions imposed by relegation.

The departed Cisse cost the Magpies £9million in 2010 and has moved to China for an undisclosed fee. The 31-year-old has been deemed surplus to requirements at Newcastle after over 130 appearances for the club and 44 goals.

Following the club’s relegation to the Championship last season they will be aiming for a first-time return to the Premier League and have been installed as favourites by most bookies.

In the latest Newcastle transfer news, they have tabled a third bid for a defender in the hope it will seal the deal.