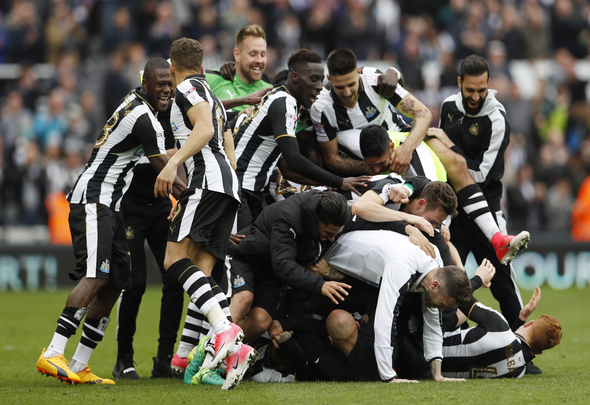 Newcastle fans haven’t taken kindly to Danny Murphy’s comments that the Toon Army place to much expectancy on their team.

The BBC Sport pundit has said that he wouldn’t be surprised if the Magpies finish below Brighton in their return to the Premier League simply because the fans are too ambitious for their own good.

Murphy, a former Liverpool and Fulham midfielder, was speaking on BBC Sport 5 Live on Friday night when he made the comments, which was uploaded in a video on the radio channel’s official Twitter account.

“If anything, it wouldn’t surprise me if Brighton finished above Newcastle,” he said.

“Newcastle turn up at home in the Premier League next season against anybody, maybe apart from the big three or four, they’re expected to have a go and win and attack.

“You do that at home against good counter attack sides who know what they’re doing and are well coached, you’re going to get picked off.”

Danny Murphy says it's all about 'fan expectation' pic.twitter.com/qCIN1VQOCv

Newcastle fans haven’t taken too kind to his comments though and took to Twitter to blast the pundit for his surprising claim.

The majority seem to believe that Rafa Benitez’s tactics are completely different to what Murphy believes them to play – with one supporter saying he is “spouting complete nonsense”.

For the record, had you watched Newcastle this season we've played patient counter-attacking football all year under Rafa.

Someone didn't pay attention to the Championship 🤔

Proving once again the "experts" don't really have a clue.

Newcastle secured the Championship title on the last day of the season thanks to Brighton dropping two points at Aston Villa.

It is the second time they’ve won the second tier during Mike Ashley’s ownership of the Tyneside club and he has recently offered his full financial backing to Benitez as they begin to make plans for a season back in the Premier League.

In other Newcastle news, a Sky Sports commentator has predicted how the Magpies will fare back in the big-time.