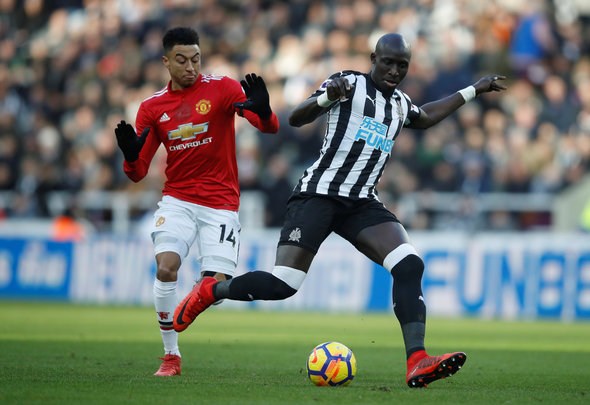 Newcastle fans on Twitter were left drooling over the performance of Mohamed Diame in the XX win against Chelsea at St James’ Park on Sunday as the curtains were drawn on the 2018/19 Premier League season.

Diame, 30, has been in stunning form for Newcastle as of late, which has been a massive surprise to the fans given how he was hardly a stand-out as the Tyneside club won promotion from the Championship last term.

The senior player was on fire yet again on Sunday as the Magpies brushed aside Chelsea with relative ease and fans were loving his display on social media.

One Magpies supporter claimed that people should wait for a bid worth £20million will come in for the Senegal international during the summer.

Diame's superturbojet engine doesn't look like running out of power any time soon, what a shift, sensational #NUFC #NUFCVCFC

Diame's dramatic upturn in form really confuses me. How did a player we deemed as a waste of space become such a hit? Our ability to control games like we have this afternoon is dependent on a presence like Diame. He won't be leaving this summer. #nufc

We should put all arguments aside and just enjoy the fact that we can watch such unbelievable talent week in and week out. Messi, Ronaldo and Mo Diame – all playing during my lifetime. What a treat!!!#NUFC

One thing that shouldn't be changed for next season is the 2 in the middle. Shelvey and Diame just work perfectly together. #NUFC

Diame has made 33 appearances in all competitions for Newcastle this season, scoring two goals in the process which came against West Ham and Crystal Palace.

His form has undoubtedly been a key part in the Magpies’ resurgence since January which saw the club move well clear of the relegation zone and confirm their Premier League status for another year.

He is one of a number of players to have played out of their skins this term under Rafa Benitez, who has shown his true quality as a manager.