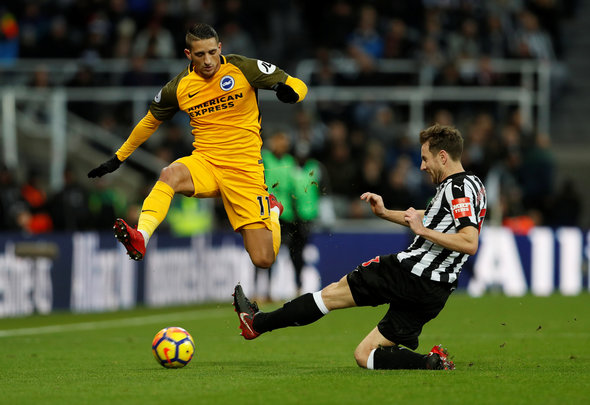 Newcastle United fans have turned to social media to rave over news that first team defender Paul Dummett rejected Ryan Giggs’ offer of a call up to the Wales squad to focus on his time with the Magpies.

The former Manchester United star took over as Wales boss from Chris Coleman and announced his very first squad on Thursday for their friendly matches against China and another side in the China Cup during the international break.

However 26-year-old Dummett’s name was a notable absence from the 26-man squad, having picked up two caps for his country in previous friendlies, and Giggs went on to clarify that he had made a move to bring the Newcastle man back into the side, but was shockingly turned down.

He was quoted by the Chronicle’s Lee Ryder, on his personal Twitter account, as saying: “I had a conversation with Paul Dummett because he hasn’t been in the last few squads and he just felt that it wasn’t the right time to come back.

“He wanted concentrate on his Newcastle career which I have to respect, and we move on.”

Giggs on Dummett: "I had a conversation with Paul Dummett because he hasn't been in the last few squads and he just felt that it wasn't the right time to come back.
"He wanted concentrate on his Newcastle career which I have to respect, and we move on." #nufc

The Newcastle supporters were left delighted by their left-back’s decision to put club over country, taking to Twitter to express their support and admiration for his commitment.

Sympathise with Dummett.. he turned up for years and watched Neil Taylor play ahead of him unconditionally. If he thinks going away with Wales could jeopardise Newcastles chances of staying up I don’t blame him.

Some boy is Dummett https://t.co/8NLnDUQiDI

Dummett has made just 13 appearances for the Magpies this season after missing the first half of the campaign through injury, and has a total of 134 outings for the club to his name.

In other Newcastle United team news, the club have been handed a major first team boost ahead of their clash with Huddersfield.