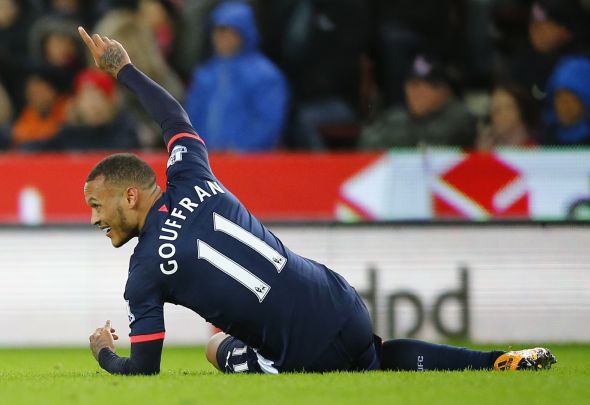 Newcastle fans reacted with delight on Twitter as midfielder Yoan Gouffran scored a wonder volley to go alongside an impressive performance for the Toon in their 2-0 victory on Saturday.

The experienced Frenchman’s goal broke the deadlock against Derby before DeAndre Yedlin doubled the score in the second half injury time at the iPro Stadiun.

Gouffran started the match in the Midlands before being brought off for eventual scorer Yedlin after 73 minutes.

Toon fans were clearly delighted with Gouffran’s strike and many believe that the 30-year-old is a new player under Rafa Benitez.

Quality away day – Derby is one of the good ones. A 2-0 win and Gouffran is now officially un-Pardewed #NUFC #DCFC pic.twitter.com/EfcIcMwh2H

Really great to see everyone looking so happy in training and on the pitch, especially Gouffran. #NUFC

Another great win for #NUFC, and what a goal by Gouffran! Five wins on the bounce and in a promotion spot, can't be bad! 😃👍

The experienced midfielder moved to St James’ Park in the 2013 winter window in a £1.4million move from French side Bordeaux.

He has featured in 101 encounters for the north east side since his move three years a go scoring 12 goals.

Gouffran has entered the final year of his contract, but he has made five appearances for Rafa Benitez’s side in the Championship with his first goal of the new campaign coming against Derby.

The Spanish boss has led his side to four straight league victories with Newcastle currently sat in second place after six games.

In other Newcastle team news, the Toon are set to unveil a statue worth £250,000 on Monday for Magpies legend Alan Shearer.