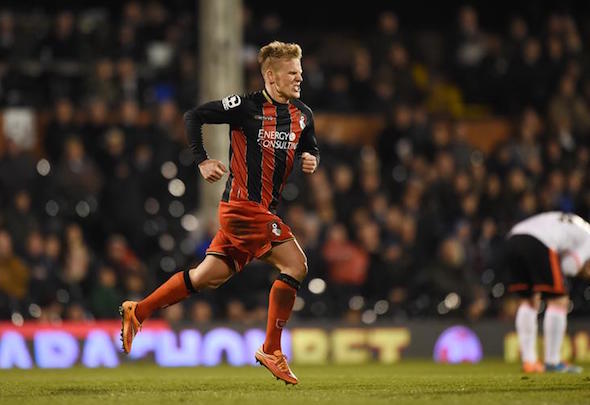 Matt Richie delivered a standout display for Newcastle start in their 2-0 win over Wolves on Tuesday night – and fans hailed the potential of his right-flank partnership with DeAndre Yedlin.

Rafael Benitez’s team beat Wolves three days after losing to them in the Championship to clinch a place in the last-16 of the EFL Cup.

The performance of Richie was one talking point, and the general consensus was that the summer signing from Bournemouth could terrify second tier defences in alliance with rampaging right-back Yedlin.

Richie scored the opening Newcastle goal, and his second for the club, when he sidefooted in 29 minutes into the clash at St James’ Park.

With Vurnon Anita suspended and Jesus Gamez struggling with a calf injury, USA international Yedlin started at right-back against Wolves on Tuesday and he combined effectively with fellow summer signing Richie ahead of him.

Supporters took to social media in the aftermath of the match to praise Richie, as some hailed him man of the match for his performance.

How haven’t a top team picked matt richie up? #nufc

Wot a ball that was by Richie!!! The kids looking a baller! #NUFC

Richie been quality today, cracking on the dead ball #nufc

In other Newcastle news, fans have reacted to Daryl Murphy starting ahead of Gayle and Mitrovic.