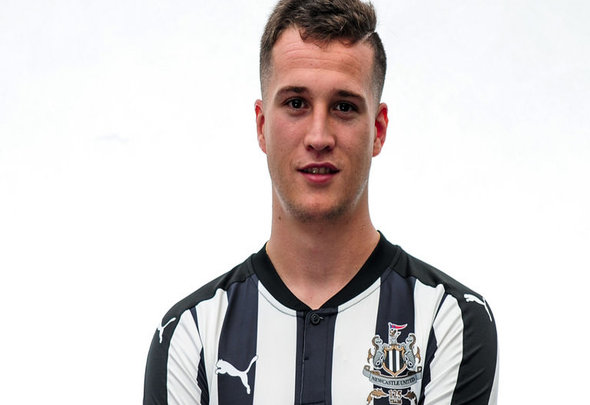 Summer signing Javier Manquillo played the full 90 minutes in Newcastle’s 2-0 defeat against Tottenham on Sunday afternoon – and Magpies fans on Twitter were happy with his display.

The north east giants fell to a 2-0 defeat at St. James’ Park against Spurs with goals coming from each of Dele Alli and Ben Davies following a red card to midfielder Jonjo Shelvey.

However, despite the result many felt as though Manquillo had a solid game in Rafa Benitez’ side’s back four.

A number of fans on social media commented that they thought he had looked solid, while others stated he was one of the few bright spots in the Newcastle display.

Atsu and manquillo looked good, before the red card we could of got a draw I reckon, try and look at the positives I suppose #NUFC

Manquillo, Atsu, Lejeune all solid as for Shelvey he's an absolute clown & cost us a chance of getting anything out this game #nufc

Manquillo has done well today as well as Atsu, if there are any positives to be taken #NUFC

On the plus side, Manquillo has looked decent at RB #nufc

Manquillo made his return to the north east of England in July, signing on a three-year deal from Atletico Madrid after spending the last campaign on loan at Sunderland.

He will be keen to help the Magpies avoid a similar fate to the Black Cats and despite the result on Sunday he will be happy with his overall performance.

However, points on the board are more important for Newcastle at this stage and Manquillo will be hoping for another good performance in next Sunday’s clash against fellow promoteed club Huddersfield.

In other Newcastle news, an attacker from Premier League giants wants a move to the Magpies.