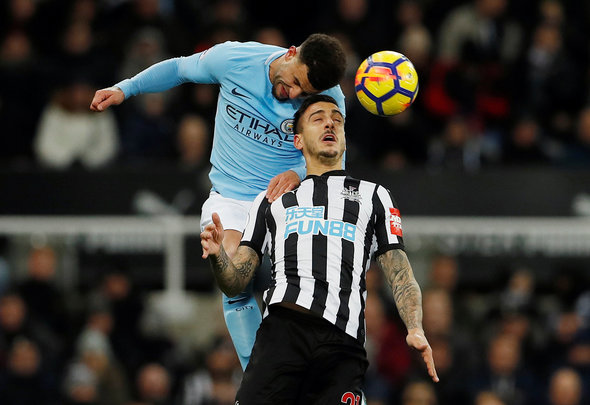 Newcastle United fans have taken to Twitter to tear Joselu to shreds for his inept performance in the 0-0 draw against Brighton at St James’ Park on Saturday afternoon.

Joselu, 27, has really struggled to find his stride on Tyneside since he was snapped up by the Magpies from Stoke in the summer.

He drew a fifth blank in a row against Brighton on Saturday and has scored just three goals in 20 appearances across all competitions.

However the Spanish striker appears to be a clear favourite of manager Rafa Benitez, who has started him 17 times in the Premier League despite his woeful scoring record and the fans’ insistence on Aleksandar Mitrovic starting ahead of him.

Joselu’s dire showing against Chris Hughton’s side this weekend was further evidence to the Toon Army that the ex-Hannover striker is not at the required level, with one supporter saying he is “painful to watch”.

Joselu is so bad it’s unreal

Resorting to Joselu pinging it from 30 yards. This is painful to watch. #NUFC

Newcastle may be looking to sign up a new striker in the January transfer window due to the shocking lack of goals from Joselu, Mitrovic and Dwight Gayle.

Mitrovic has recently admitted that he would like to leave St James’ Park next month, and that could supply Benitez with the funds to be able to go out and find someone who can help them out in the second half of the season.

In other Newcastle United news, Tottenham have been installed favourites to sign this Magpies first-team star in January.