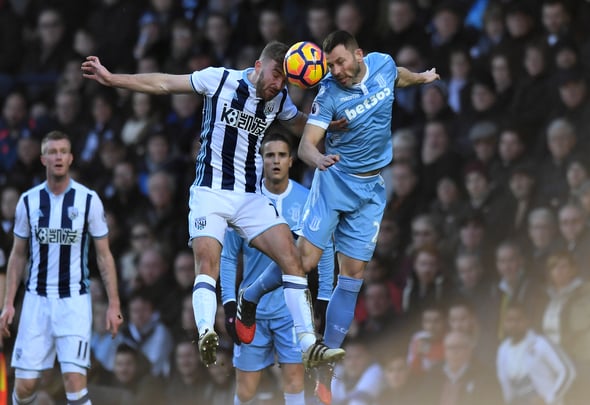 Newcastle are one of five clubs looking to sign Stoke defender Phil Bardsley, according to a report.

The Daily Mail claims that the Magpies, Sunderland, Hull, Brighton and Reading are all looking to poach the 31-year-old, who will be out of contract in the summer.

It is understood that Bardsley is unwanted by Potters boss Mark Hughes as he looks to revamp his squad in the summer, which is also understood to include the clear-out of club record signing Gianelli Imbula.

According to the Mail, Stoke have the option to extend Bardsley’s deal for a further year and if they choose to do so, interest in him is unlikely to fizzle out.

The 13-time Scotland international has bags of Premier League experience under his belt, making 246 appearances in the competition over a career which has seen him turn out for Sunderland, Manchester United and Aston Villa.

He has been a bit-part player in Hughes’ plans this season though, making just 17 appearances in all competitions, scoring one goal in the 4-0 EFL Cup win at Stevenage.

A knee injury has kept Bardsley sidelined for a good chunk of the campaign, but he hasn’t been able to work his way back into the first team since he was sent off in the 2-1 loss against Chelsea in March.

Bardsley is a good, solid full-back who can offer quite a bit in attack as well as defence. However at 31-years-of-age, he cannot be seen as a first-team replacement for someone like DeAndre Yedlin, who appears to be making steady progression in his career. Rafa Benitez will have a lot of money to spend in the summer after he was promised to receive big financial backing from Magpies owner Mike Ashley and really he should be looking at more promising players than Bardsley. As a former Sunderland player, like Jack Colback, it’s doubtful that the St. James’ Park faithful will be able to take to him either.

In other Newcastle news, the club are favourites to sign this Arsenal 22-year-old.