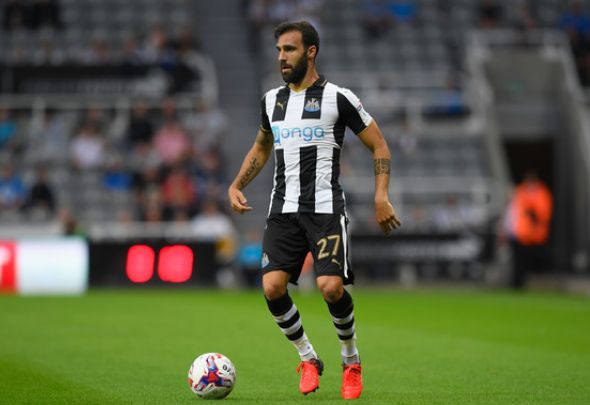 Jesus Gamez could be set to make just his third Newcastle appearance on Saturday against Cardiff.

The Spaniard has been out injured with an achilles tendon problem since August, after signing from Champions League finalists Atletico Madrid in the summer.

However, Gamez revealed that he is “ready for tomorrow” on his personal Twitter account as he looks to finally return from an injury-ravaged start on Tyneside.

The versatile 31-year-old was among the substitutes for the first time last weekend since August as the Toon beat Preston 2-1 at Deepdale.

Although he was unused, Gamez could be used against Neil Warnock’s new side as Rafa Benitez’s men look to consolidate their position at the top of the league with their eighth win on the bounce.

Gamez, who moved to Diego Simeone’s side from Malaga in 2014, has featured for the Championship giants against Cheltenham Town in the EFL Cup before coming on as a substitute against Brighton.

A win for the Toon could see Benitez’s side go six points clear at the top of the Championship, if second placed Brighton lose to playoff contenders Bristol City at Ashton Gate.

In other Newcastle team news, Jamaal Lascelles has revealed this attacking star’s award is deserved.