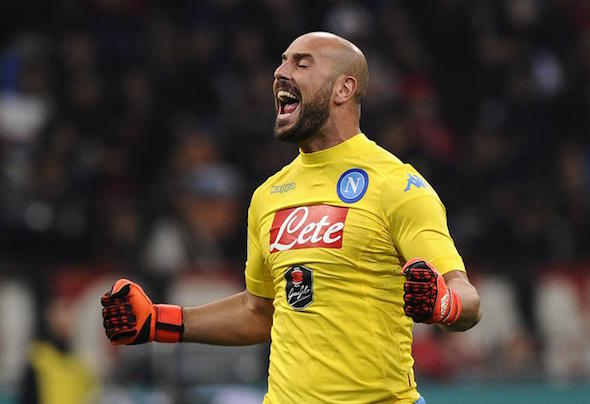 Rafa Benitez has received a big transfer boost with the news that Pepe Reina is set to ask for a transfer, according to a report.

The Sun reports that Reina will hand in a transfer request “in the next few days” and that could bring Newcastle to the table.

The newspaper claims that Benitez is desperate to get a new no.1 and sees it as a vital step towards keeping Newcastle in the Premier League.

If Pepe Reina does make the move to Newcastle to hook back up again with old manager Benitez, Karl Darlow could leave the club.

The former Barcelona academy star spent nearly a decade at Liverpool from 2005 until 2014, where he worked with Benitez closely for five years.

Reina has won 35 caps for Spain and was part of the 2010 World Cup-winning squad.

Reina joining could be the big-name boost that Newcastle fans have been waiting all summer for. The Toon boss missed out on Manchester City keeper Willy Caballero to Premier League champions Chelsea, but Reina would provide the perfect alternative. Reina will bring masses of top-flight experience and maturity to the Magpies squad which will ultimately help the club remain in the Premier League. His experience will give the Newcastle squad more confidence by knowing that they have a mature keeper in goal, and the manager will know he can rely on the stopper too. This will be one deal Benitez really won’t want to miss out on and if Reina does ask for the move, we fully expect him to be playing in the Premier League in September.

In other Newcastle United news, the Magpies have received a response after they tabled a bid for this Serie A forward.