Manchester United attacker Marcus Rashford could be willing to depart Old Trafford on loan in the 2018/19 campaign amid interest from Newcastle United, according to a report.

The Shields Gazette claims that the 20-year-old speed machine would be prepared to go out on loan if Man United boss Jose Mourinho favours his temporary exit.

It is understood that Newcastle, Everton and Leicester are all keeping tabs on the England international

The report details that Magpies boss Rafael Benitez particularly wants to strengthen his forward options ahead of next year, with Aleksandar Mitrovic set to depart despite his impressive loan with Fulham.

It is blatantly obvious that Newcastle fans would be jumping for joy if they managed to secure a deal for Rashford, albeit a temporary one at St James’ Park. The centre-forward is exactly the type of figure that would thrive for the Magpies and in the long run a spell with them could be the making of him. He has to put up with spells in and out of the starting XI under Mourinho, which is certainly not going to help his development. However, it seems unlikely that Man United would be willing to let one of their prized assets depart next season and a strong display this summer at the World Cup could rubbish any notion of a loan departure. Rashford warmed up for this summer’s major tournament with a stunning long-range goal in a friendly win over Costa Rica and it would be a major surprise to see him in a Newcastle top next year. 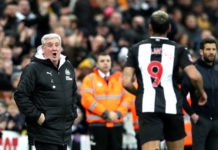