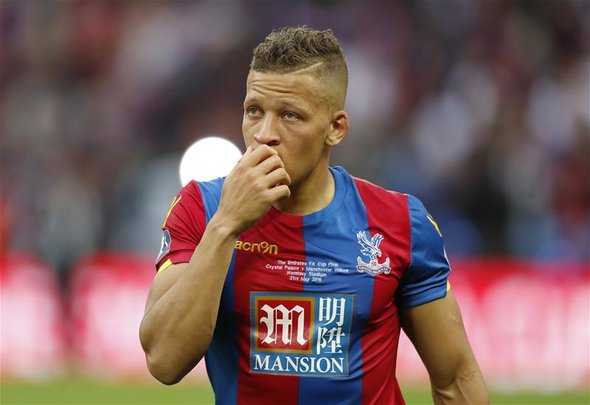 Newcastle are preparing a £10million bid for Crystal Palace striker Dwight Gayle, according to a report.

The Daily Mail have claimed that the Magpies are hoping to sign the 25-year-old as they look to make an instant return to the Premier League.

It is said that Newcastle manager Rafael Benitez regards Gayle as a good value prospect who has age on his side and the potential to improve.

Benitez has been linked to a variety of different players this summer but could make the Palace forward his first signing.

Gayle has spent much of the 2015-16 season on the periphery at Selhurst Park and featured in just 20 games, scoring seven and assisting one along the way.

Owner Mike Ashley may be tempted to sanction a bid this summer despite the fact the Tyneside outfit could be forced to pay full price for Gayle after the player signed a new four-year contract in April.

The Palace number 16 started his footballing career at Stansted before moves to Dagenham & Redbridge and Peterborough lead him to Crystal Palace.

The Walthamstow-born player rejected the chance to move to Bristol City last year but may well find the prospect of working with Benitez more tempting.

In other Newcastle news, Rafael Benitez has claimed it has been “impossible” to sign players before the start of pre-season friendlies.