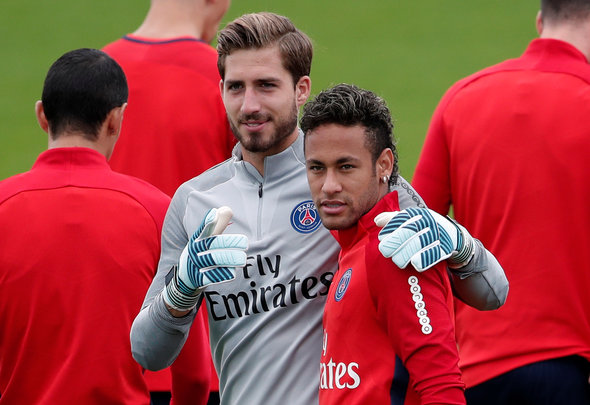 Newcastle United have been considering submitting an offer for Paris Saint-Germain goalkeeper Kevin Trapp in the closing hours of the transfer window, according to a recent report.

The Telegraph has revealed that the Magpies’ interest in the 27-year-old has cooled slightly, but Rafa Benitez is still keeping an eye on the German keeper in the final days before the deadline.

The newspaper claims that although Trapp remains on Benitez’ radar, the club will not panic buy over the next 48 hours.

Trap joined PSG from Frankfurt back in 2015 and he has made a total of 77 appearances for the Ligue 1 side across all competitions where he has kept an impressive 43 clean sheets.

It is understood that the Toon boss is hoping to secure two more signings more the window shuts on Thursday night but the club have the money to fund at least one permanent move.

It is thought that the club are close to securing a loan deal for Brazilian winger Kennedy from Chelsea, but it will depend on wether the Blues sign Arsenal’s Alex Oxlade-Chamberlain.

Although the report stated that Newcastle didn’t want to panic buy, that’s exactly want they’re in danger of doing over the next 48 hours. Benitez has been desperate to make more signings for the whole of the transfer window, and with a few last minute deals cropping up he may just have to make an impulse swoop. The Magpies have been on the look out for a new keeper, and with PSG’s number one, Trapp, being replaced by French stopper Alphonse Areola during the current season, it’s likely that he will want to return to a regular starting spot within a squad. The German keeper has demonstrated his impressive talents in the Ligue 1 competition, and although he is yet to play in the Premier League his skills will undoubtably carry through.

In other Newcastle transfer news, the Magpies are hoping to land this duo before Thursday’s deadline.