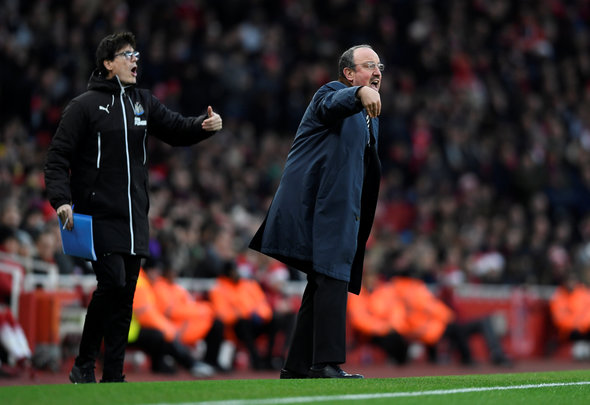 Newcastle United will listen to offers for as many as five senior players in an attempt to free up space for several new January arrivals, according to a report.

Rafa Benitez is also expected to look for loan deals for young goalkeeper Freddie Woodman and right-back Jamie Sterry, with the future of winger Alex Gilliead to also become more clear after a loan spell at Bradford.

The Newcastle manager is facing the prospect of a takeover deal dragging well into the window, and is looking to raise funds and free up wage space for new players.

The Chronicle report that Benitez is keen to bring in a new striker and new senior goalkeeper, along with cover in the full-back positions.

The Spaniard is reportedly still waiting on news of his budget, with PCP said to be willing to back him in the market as soon as their offer is accepted.

Long-term loan target Kenedy looks like he could be the Magpies first signing of the window, and the club are now just waiting on Chelsea to secure a replacement for the Brazilian before a deal is secured.

Benitez is clearly making sure he is prepared for the January window as early as possible, with the deals he makes to be so crucial to the Magpies’ Premier League survival. All five players mentioned here are definitely disposable, with none of them making any impression on the first-team this year. Diame is the one surprise, as Benitez looks to favour him in certain matches, but the Senegal international has quite frankly disappointed when selected this season. Kenedy looks to be a solid addition, but their first priority must be a striker. A record of 16 goals in 18 games so far is not good enough for Premier League survival, and a natural goalscorer must be brought in as soon as possible.