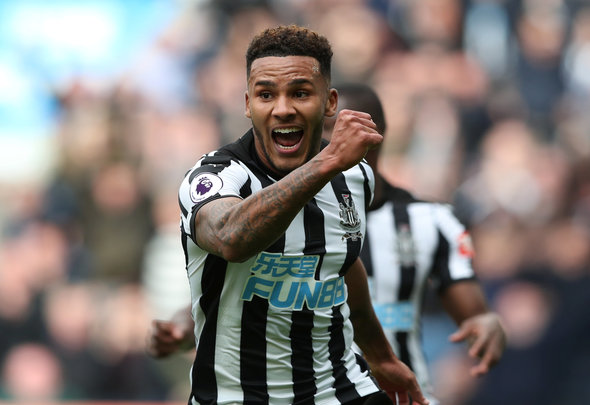 Newcastle United captain Jamaal Lascelles has said that Manchester United “didn’t turn up” and that a lot of their players “went missing” after the side’s 1-0 win at St James’ Park in the Premier League on Sunday.
Lascelles played his part in an important victory for the Magpies which saw them rise up to 13th in the league table – two points clear of the relegation zone – and put the victory down to hard work and greater determination than their opposition.
A Matt Ritchie goal in the 65th minute was enough to send Jose Mourinho’s men tumbling to their fifth defeat of the campaign.
And despite the good vibes after the three-point haul, Lascelles laid into their Premier League counterparts.
As quoted by the Daily Mail the 24-year-old said: ‘Man United have some world class players but it seemed like we just wanted it a lot more.

‘With the bigger teams, teams like us will always want it a lot more and their quality wasn’t enough to beat us and our hard work and endeavour was enough to get us over the line.

‘They have got some great players but I don’t think Man United turned up. I don’t think they were at it from the start of the game – a lot of their players went missing.’

It was an unlikely victory given the run of results the Magpies were in the midst.
Prior to Sunday’s game, Newcastle had picked up just six points from a possible 18 and with questions surrounding a takeover at the club, there seemed to be uncertainty radiating from all levels.
Rafa Benitez’ side will have to repeat the same work ethic they showed against the Red Devils when they head to the South coast the weekend after next to play Bournemouth in the EPL with an opportunity to put more distance between themselves and the teams at the foot of the table.
In other Newcastle United news, Magpies keeper becomes ‘Instant hero’ following post-match interview v Man Utd.