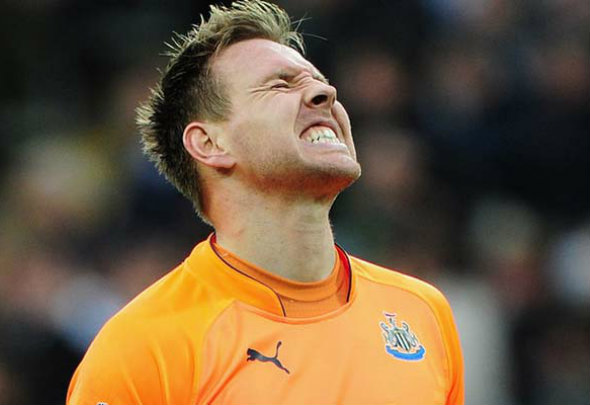 Rob Elliot has admitted he is grateful his knee injury is not more serious as he prepares for surgery next week.

The Newcastle stopper damaged the cruciate ligament in his knee playing for the Republic of Ireland on Tuesday night against Slovakia and is set to be sidelined for at least six months.

Elliot will now miss Newcastle’s remaining Premier League games and the battle to keep the Magpies away from the drop zone as well as Ireland’s campaign in the European Championships in the summer, but the goalkeeper was positive when speaking about his ordeal on Friday.

“I don’t think it has really sunk in yet, but I saw the surgeon today [Friday] and I am getting the operation next week, so hopefully it is not too complicate and is a straight forward ACL replacement,” said Elliot speaking to BBC Radio 5 live Sport.

“All knee injuries are bad, but some can be quite complicate, which mine doesn’t seem to be. So it’s sort of the best of bad options.”

Messages of support flooded in from gutted Newcastle fans who are now fearing the worst after the injury to their best player this season.

Elliot is widely regarded as Newcastle’s stand-out performer in a dismal campaign and is the second Magpies stopper to be cut down by such an injury.

Newcastle now have to turn to their third-choice goalkeeper as they look to maintain their top-flight status and Elliot has revealed he knew immediately that his campaign was over when he went down early on in the Ireland game.

The stopper said: “Probably within a second, if not quicker [I knew my season was done].

“As soon as I felt it, I just knew what it was. Although the doctor told me, I didn’t need him to. You just sort of know as a footballer.”

In other Newcastle news, the Magpies face an injury crisis that is sure to casue Rafael Benitez a slection headache ahead of the curical match with Norwich on Saturday.