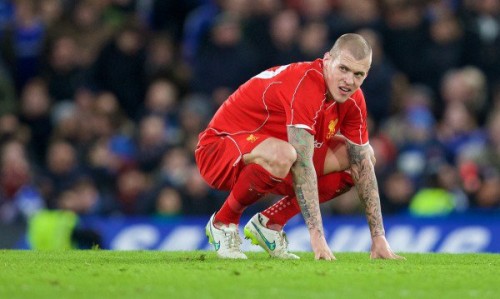 By North-west correspondent Alex Stevens
Newcastle covered more ground than Liverpool as they ended the Merseysiders’ excellent run of away-day wins, according to Sky Sports statistics.
A Martin Skrtel own goal and a late Georginio Wijnaldum strike propelled the north-east club to a deserved 2-0 Premier League win against the below-par visitors at St James’ Park on Sunday afternoon.
Manager Steve McLaren had urged his struggling team beforehand to out-run the visitors, who have earned a reputation for working harder than any other side during Jurgen Klopp’s short reign.
Host broadcaster Sky Sports showed after the match that Newcastle’s players had covered 117 kilometres between them over the course of the match, one kilometre more than Liverpool, who ran 116 kilometres in total.
The glut of fixtures appeared to catch up with Klopp’s side, who had annihilated Southampton 6-1 in their League Cup quarter-final in midweek.
The German manager six changes to his side that impressed at St Mary’s Stadium but Liverpool could never get out of first gear.
Speaking to Sky Sports afterwards, Newcastle goalkeeper Rob Elliot praised his side’s performance.
“It was magnificent from the front to the back,” Elliot said. “We were excellent, trying to show the character and quality we have got.
“We have got threat, we just need to make sure we work hard and stay in the game.”