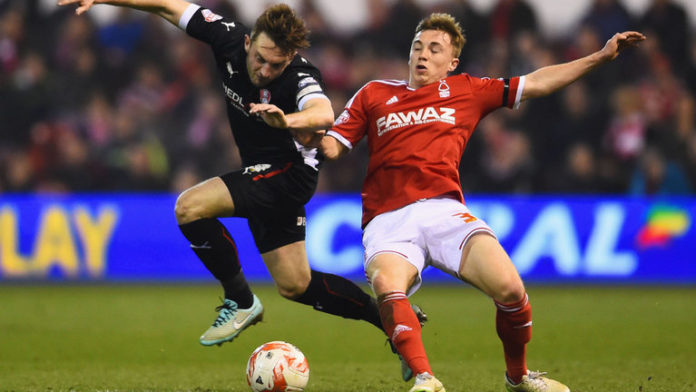 Newcastle United look set to come up against Premier League opposition in their hunt for Nottingham Forest midfielder Ben Osborn, according to a report.

The Sun report that both Swansea and Burnley have shown interest in the 22-year-old, who has impressed in what has been a disappointing season for his club.

The midfielder, who can play anywhere across the middle of the pitch, has established himself as a key man in the Forest line-up and has gone on to make 45 appearances this season, with four goals to his name.

The Mirror previously reported that Benitez would make Osborn one of his top summer targets if Newcastle clinch promotion, following reports of a rebuffed enquiry back in January.

Now it seems that he will have a fight on his hands if he is to bring the young star to St James’ Park.

Forest, who find themselves languishing in 20th place in the Championship, are unlikely to convince Osborn to remain at the City Ground, with Premier League clubs circling for his signature.

However, he is under contract at the club until 2020, having signed an extension in August 2016, and so Forest will be looking for a significant offer from prospective clubs to secure the signing of one of the league’s brightest prospects.

Ben Osborn is a bright talent in the Championship and it appears Premier League sides have begun to take notice. This is not good news for Newcastle, who could do without the competition for his signature. They will be disappointed not to have got their man in January and now it looks as though they will have some work to do to convince Osborn that Newcastle is the club for him. As for the player, he would be a welcome addition to a Newcastle side lacking creative talent from midfield and, at just 22, Osborn would flourish under the tutelage of a world-class manager like Rafa Benitez.

In other Newcastle United transfer news, the Magpies are among the favourites to sign this Premier League defender.