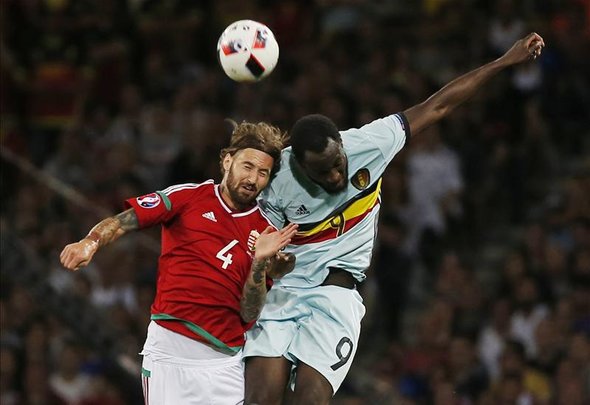 Newcastle are interested in Lech Poznan’s Tamas Kadar, according to a report.

The Sun claim that the Magpies sent scouts to watch the defender play for the Polish side last weekend against Wisla Krakow.

The report details that manager Rafael Benitez deployed his scouts to watch him and he could be in line for a remarkable return to his former club.

Kadar, 26, spent four years at Newcastle when he joined in 2008 but failed to land a starting place as a youngster.

The left-back made 18 senior appearances before leaving in 2012 in search of regular football, something which he has now found at Poznan.

He is currently excelling with the Polish side and has made nine appearances across all competitions this season.

Kadar was an important member of the impressive Hungary side that surprised people at Euro 2016.

The European minnows qualified out of a group containing Austria, Iceland and eventual tournament winners Portugal, before losing to Belgium in the last 16.

Newcastle defender Paul Dummett is currently the first-choice option at left-back for Benitez and has helped the club make a great start in the Championship.

They are currently league leaders and have now won four consecutive league matches, after brushing aside Barnsley 2-0 away from home.

In the latest Newcastle transfer news, a reliable journalist claims that the club’s midfielder is set to remain at St. James’ Park.