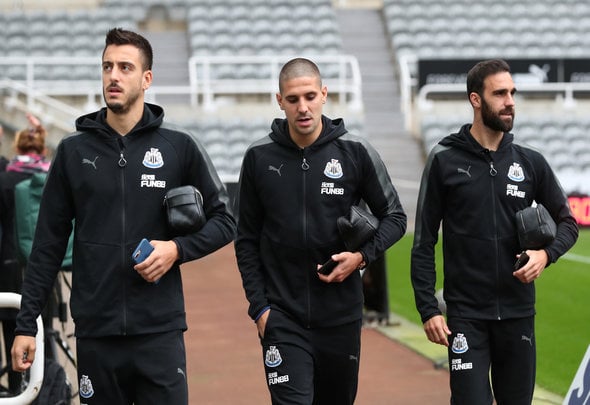 Newcastle United will be missing both defender Jesus Gamez and attacker Aleksandar Mitrovic when they travel to Arsenal on Saturday.

The Magpies make the journey to north London on the back of an abysmal run of form, having secured just one solitary point from a possible 24, with seven defeats and a draw in their last eight matches.

The run has coincided with the absences of first team stars Jamaal Lascelles and Christian Atsu, as well as long term missing man Paul Dummett, although the former duo both returned to the starting XI against Everton in midweek.

However, manager Rafael Benitez has confirmed that their places in the treatment room have been taken by Serbian striker Mitrovic and Spanish full back Gamez, both who have been on the fringes of the first team this season.

The double blow may be softened by the return of Welsh left back Dummett to the first team squad, having been out of action after limping off in the opening match of the season.

Benitez is quoted by the Chronicle as saying: “Mitrovic has a little problem with his back.

“Jesus Gamez will also be out, but Paul Dummett is back and in the squad.

“The main thing is to try to keep the team competitive.”

The Magpies’ dreadful winless streak has left them sitting in 16th, just one point and two places above Crystal Palace in the first of the relegation spots, with the Eagles level on points with West Ham and West Brom, who sit a place below and above them respectively.