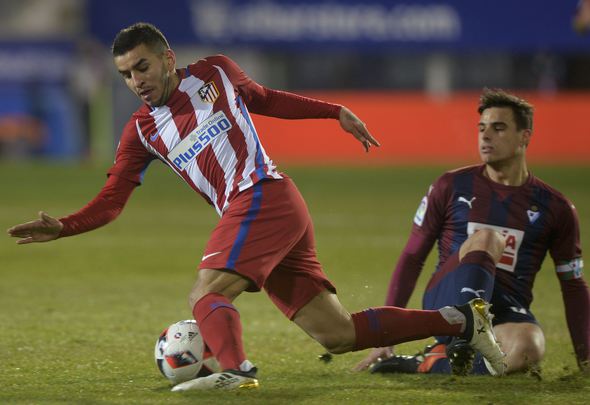 Newcastle are talking about signing Atletico Madrid forward Angel Correa this summer, according to a reliable journalist.

Chronicle chief sports writer Lee Ryder has claimed via his personal Twitter account on Monday that the Magpies have held discussions over Arsenal striker Lucas Perez and the Madrid-based 22-year-old, but there has not yet been any firm bids placed.

#nufc talking about both Lucas Perez or Angel Correra but no firm bids just yet. Perez seems to be popular choice for fans #nufc

Newcastle have been linked with a number of new attacking players this summer as they prepare to bolster the squad ahead of their return to the Premier League and Correa’s is the latest to be thrown into the mix.

The eight-time capped Argentina international was a regular for Atletico Madrid in the last campaign as they achieved a third placed finish, playing in 47 matches in all competitions which saw him return eight goals and 11 assists.

The attacker also boasts great versatility and alongside his natural right-wing role he can play in both the centre and on the left.

Correa is a top talent and it will be a huge coup for Newcastle if they capture him on their return to the Premier League. There has been a lot of talk about budget constraints at the north east giants this summer, but with just two years remaining on his contract at Atletico Madrid he could be within the club’s price-range with his value only expected to drop further. Newcastle are in much need of a right-winger following their promotion, but if the club manage to capture Correa then fans will forgive the wait and the side could be set for another successful campaign under the guidance of manager Rafa Benitez.

In other Newcastle transfer news, Perez is ready to talk to the Magpies if a deal can be agreed.