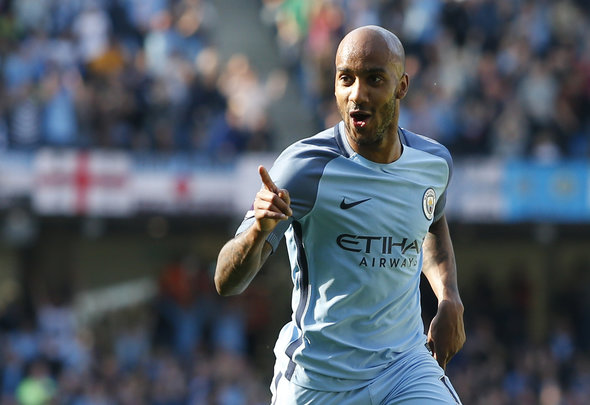 Manchester City midfielder Fabien Delph has revealed that he was actively seeking to stay at the club over the transfer window despite reported heavy interest in his services.

The England international was heavily linked with the likes of Newcastle United and Stoke City over the summer, with many expecting he would depart in search of more regular first team football.

However he remained in the North West with the Sky Blues, and capped off his first Premier League appearance of the season on Saturday with a sumptuous strike from outside the box.

The 27-year-old says he was never pushed to secure a move away from the club and despite the rumours circulating of his imminent departure, he was happy to stay and fight for his role under Pep Guardiola.

He told the Sunday Express: “No player would ever want to leave a club like this.

“If you do leave the club it’s because your services are no longer required.

“That wasn’t the case for me – I wasn’t being pushed out of the door. There was talk of me going, but I’m here and happy, and as long as I can contribute I will stay happy.”

The midfielder, who was forced to play at left back after an injury to Benjamin Mendy, has endured a frustrating time at City following his move from Aston Villa, with injury having curtailed his playing time.

He has managed to make 43 appearances across all competitions in three seasons, with just seven Premier League appearances during the last campaign.

However, Newcastle’s interest in Delph may not be over, with a report from the Chronicle claiming that Rafael Benitez has prioritised securing a first team central midfielder ahead of the winter transfer market.