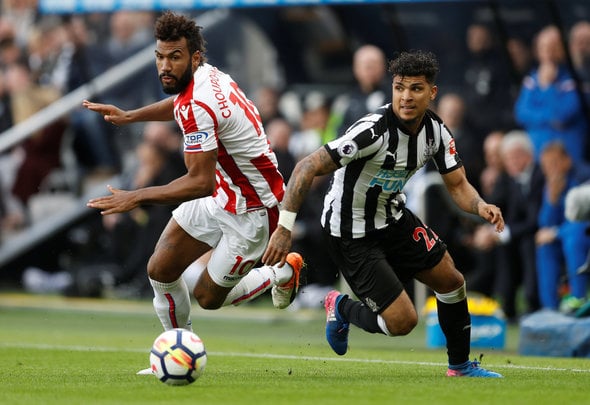 Newcastle United defender DeAndre Yedlin has said that he is satisfied with the club’s 10 point tally going into the first international break of the season.

Sunday saw the Magpies pick up their first draw of the Premier League campaign after holding Liverpool 1-1 at St James’ Park, to move the club’s points haul into double digits.

Three straight victories against West Ham, Swansea and Stoke City were offset by defeats to Tottenham, Huddersfield and Brighton, with Rafael Benitez’s side currently sitting ninth.

They are two points behind Burnley, Liverpool and Watford and just a point ahead of West Brom and Huddersfield, and Yedlin has given the honest verdict that the squad should be satisfied with their performance so far.

The American international told the Chronicle: “We have to keep expectations high for ourselves. We know the fans have high expectations for us too.

“There are situations and mistakes that we need to fix but I think we’re pretty happy where we are at now and we’ll get better.

“We don’t want to put our expectations too low.”

Yedlin missed the start of Newcastle’s season through a hamstring injury but has regained his place in the starting XI after recovering from the layoff.

He has made three successive starts and has continued to demonstrate the impressive partnership with Matt Ritchie on the right flank that the duo established last season.

Yedlin has made a total of 35 appearances across all competitions since his arrival from Tottenham in the summer of 2016, scoring a solitary goal and chipping in with a further six assists.