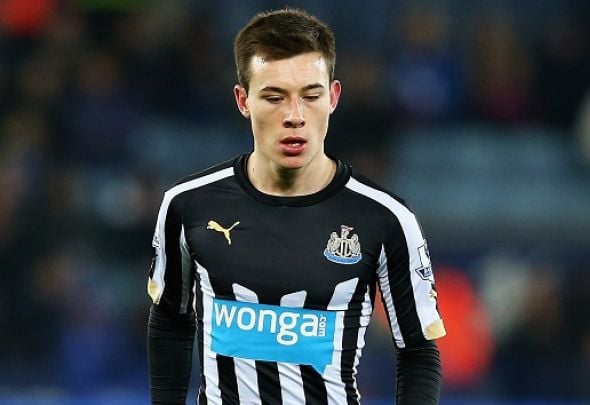 Teenage star Callum Roberts has been called up to England’s under-20 side for the first time after impressing for Newcastle’s reserves.

The 19-year-old has scored two goals in three games for Peter Beardsley’s under-23 side, featuring on both the left side of midfield as well as a striker and could make his debut in an England shirt in just over 24 hours.

Newcastle revealed the news on their official website, as the former Gateshead loanee joins the likes of Bournemouth’s Lewis Cook, Celtic’s Patrick Roberts and Chelsea’s Dom Solanke to represent the youth side.

England’s under-20 side are preparing to take part in a four-nation round-robin tournament this month, against the United States, the Netherlands and Germany.

Former Leeds man Cook is set to captain England’s youth side on Wednesday, as they begin the tournament against the Netherlands at Oldham’s Boundary Park.

The young side will then face Germany at Huddersfield’s John Smith’s Stadium on October 7, before travelling to Rochdale to play against the United States on October 10.

Roberts has been making steady progress on Tyneside, after making his debut for Newcastle midway through the 2014/15 season against Leicester in the FA Cup.

The attacker has also had a loan spell at neighbours Gateshead, making three appearances during a six-week spell with the Conference side in 2015.

In other Newcastle news, this Toon star has given a two-word Instagram verdict after Saturday’s 1-0 win against Rotherham.