Alan Hutton claims that Celtic are in line for a major windfall this summer after Olympique Lyonnais failed to qualify for Europe this season.

Speaking exclusively to Football Insider assistant editor Russell Edge, the former Rangers defender believes former striker Moussa Dembele could seal a big-money move this summer and that the Hoops will benefit from a sell-on clause in his contract.

Ligue 1 has been ended with immediate effect after a decision from the government, meaning Lyon finish seventh – their lowest league finish in almost 25 years – and outside of the European qualification spots.

Speaking in June 2019, journalist Duncan Castles detailed that Celtic had included a profit clause of between 10 and 15 per cent when they sold Dembele to Lyon for just under £20million in 2018.

The Manchester Evening News claim that Premier League giants Manchester United are keen on a deal for the 23-year-old this summer, while Chelsea have also been linked with a move.

Hutton believes that a lack of European football at Lyon could see Dembele move for a hefty fee and bring in a decent amount of money for Celtic.

Asked about a potential windfall at Parkhead, Hutton told Football Insider: “It’s the absolutely perfect situation, this is why you see teams putting sell-on clauses in.

“We all knew he was such a talented player when he was at Celtic and even before. I think Tottenham were interested when he was at Fulham so we knew how good he was. He came up and did excellently well and they decided to put in the sell-on clause.

“Obviously the situation has helped them, with the French league ending early and Lyon not being able to qualify for the Champions League. It’s one of those things, if Man United come in, it’s such a big team you’re going to want to go. It would be a nice wee bonus for Celtic because he’s definitely worth the money that’s going to be spent on him.” 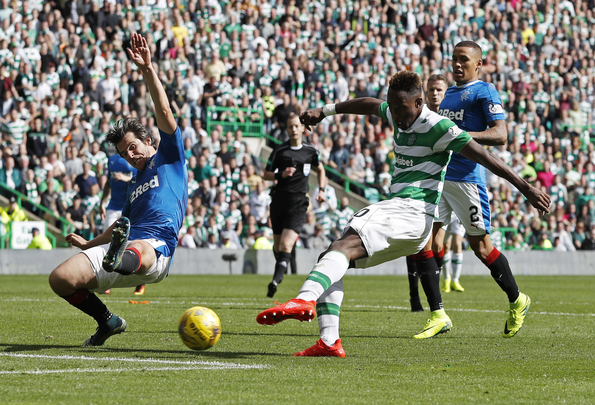 He has netted 22 times across all competitions for Lyon this season and has a total of 42 strikes in 88 games for the French side.

In other Celtic news, it can be REVEALED the club have made a move to sign a young striker from England.