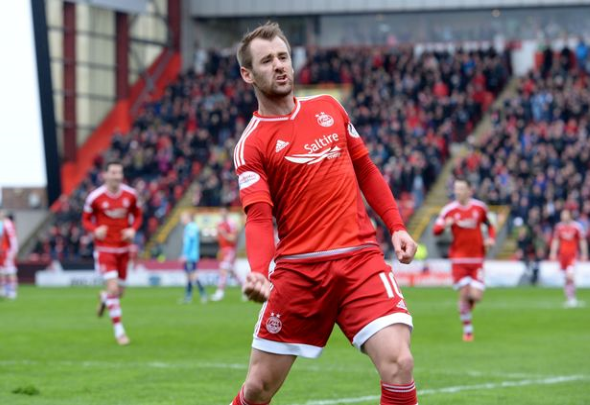 Aberdeen star Niall McGinn thinks there is “no bigger game for an Aberdeen fan” after the SPFL confirmed they would welcome Rangers to Pittodrie on the opening day of the season.

The Dons will welcome Steven Gerrard’s side to Ibrox on August 5th as the Liverpool icon takes charge of his first league game.

Former Celtic ace McGinn thinks it is an “exciting” prospect and admitted the Aberdeen players are “delighted” to be facing the Gers on the first day of the season.

“There is no bigger game for an Aberdeen fan than to come up against Rangers in the first game of the season,” McGinn told Sky Sports News, as quoted by the Evening Times.

“It is an exciting one and I am sure the boys are all delighted with the news. There is no better way to start the season.”

Everyone should be excited when Rangers come to town – Steven Gerrard as manager or not. The Ibrox giants will be hoping to get their campaign off to a flying start with a win at Pittodrie over Derek McInnes side. With the Gers kicking off 24 hours after everyone else, Gerrard’s side will be the main focus on the opening weekend – despite Celtic raising the league flag before their clash with Livingston. Going to Pittodrie is arguably the toughest test Gerrard could have faced, short of heading for Celtic Park, so will give him a really good idea of where his squad are. Gerrard’s side face three away games in their first four games – including a trip to Celtic Park. If the Gers can come out of that with maximum points it will already put them in a really strong position before the season is really underway. Throw Europa League qualifiers into the mix then it’s going to be a very testing start for the Liverpool legend.