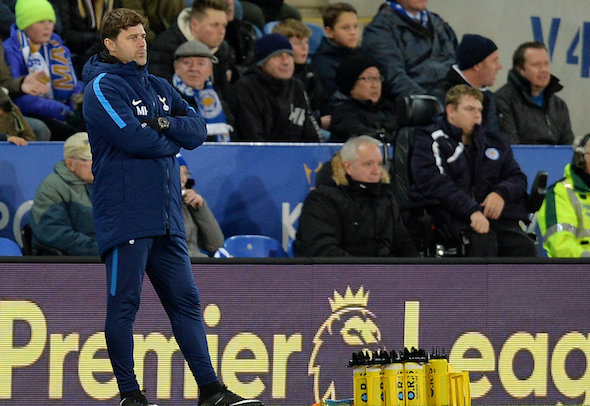 Former Premier League star Steve Sidwell has suggested that there could be underhand tactics at play after shock claims that Chelsea could poach Tottenham for manager Mauricio Pochettino this summer.

The Blues have been heavily reported to be looking at getting rid of Antonio Conte after he guides them through the FA Cup final this coming weekend and it is their near-rivals Spurs who are said to have the man they may swoop for.

Sky Sports have claimed that Chelsea have named Pochettino among the top options if the Italian coach does depart, and Sidwell, who used to turn out for the Blues, suggests that there may be some behind-the-scenes tactics, potentially from his agent, at play over the reports coming out.

He said on Alan Brazil Sports Breakfast on talkSPORT: “There’s no smoke without fire so there’s probably an element of truth in there, and you look at it the other way where he [Pochettino] is looking for contract renewals – or maybe his agent has put the idea in there – to buck Spurs’ ideas up.

“I think he’s got a lot of integrity, and what he has built there at Spurs and the improvement they’ve had their year in, year out is great.

“I think deep down he would want to stay there, especially going into the new stadium with the Champions League.”

As Sidwell suggests, reports have to come from somewhere and with a source as reputed as Sky Sports claiming it, there is likely to be an element of truth behind Chelsea’s proposed interest. It should come as no surprise, for Pochettino has established himself as one of the most talented and exciting coaches in England and after Conte’s title winning campaign 12 months ago, that excitement and passion seems to have been lost at Chelsea. Of course, Spurs are unlikely to want to let their key figure go anywhere, let alone one of their fiercest rivals, and for the Blues, poaching him from the Lilywhites seems to be a pipe dream. Still, if it is a tactic to get Tottenham to improve their offer when it comes to contract talks, it may well work, for they do not want clubs sniffing around for their boss now or in the future.

In other Tottenham news, the club must launch a stunning swap bid for a Manchester United speed machine as Jose Mourinho closes in.