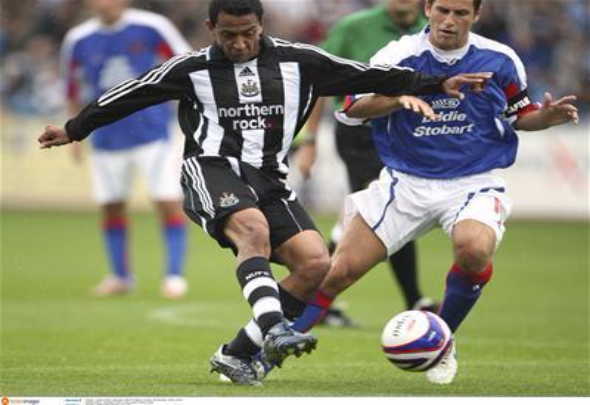 Nobby Solano has shared a picture of his son in a Newcastle kit, claiming there’s only one team for his son to follow and that he wants to be like Alan Shearer.

The former Toon winger, 41, is now the assistant manager of his home nation Peru.

He had two spells at Newcastle, totalling eight years and the former Premier League hot shot still holds an affiliation to the north east giants.

The retired footballer took to his personal Twitter account on Sunday revealing that his son followed the Championship side, revealing that he wanted to be like legend Shearer.

Only 1 team for my son to follow my friends #nufc 🎺🎺🎺⚽️⚽️⚽️ pic.twitter.com/EB1BfwCvFI

As well as Newcastle Solano had spells in the Premier League with Aston Villa and West Ham.

He stayed in England as his career wound down and played in the Championship for both Leicester and Hull before eventually ending his career in the north east with Hartlepool.

He has managed two clubs in his home country following his retirement and also having a spell as manager of a Canadian side before his current role with Peru.

Newcastle suffered relegation to the Championship in the last season, but they are looking to make an instant return to the top flight and now sit in second place in the table.

In other Newcastle news, Kenny Jackett has hailed the performance of Toon midfielder Jonjo Shelvey.