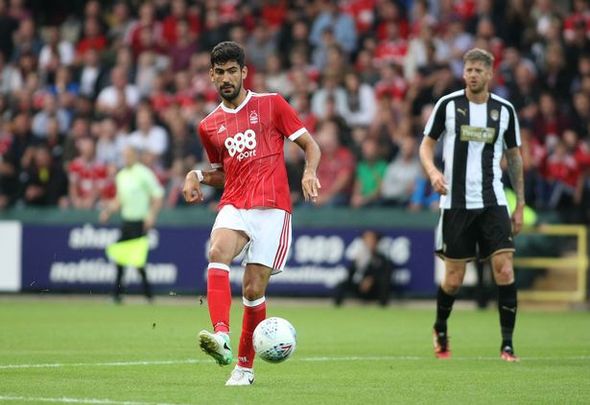 Nottingham Forest summer signing Andreas Bouchalakis has been named in the English Football League team of the week following his stunning performance against Brentford on Saturday afternoon.

The 24-year-old made his debut for the club at the Griffin Park in a midfield five and he produced two outstanding long range efforts, scoring the first and third goals as Forest came away with an entertaining 4-3 victory.

It was the first time in the midfielder’s footballing career where he had managed to score two goals in a single game.

Bouchalakis’ fantastic strikes allowed Forest to win their third successive match of the season in all competitions and the official EFL Twitter account included him as the only Forest player to be named in the team of the week for the second matchday of the campaign.

Our selection from the second weekend of the 2017/18 season >> https://t.co/CjIHMoyVeq pic.twitter.com/7kwzVAEARN

The midfielder signed for Forest on a free transfer at the end of July from Greek giants Olympiacos on a three-year deal.

Bouchalakis was not renowned for his goalscoring ability during his spell in Greece as he only managed to notch up three goals for the club in 39 appearances.

Forest supporters will be hopeful that the summer signing can find himself on the scoresheet once again as they face Barnsley in the Championship this Tuesday night.