Nottingham Forest are close to signing Anderlecht goalkeeper Liam Bossin, according to a report.

News outlet Anderlecht Online claims that the 20-year-old will sign a two-year deal at the City Ground at some point later this week.

It is understood that the one-time Republic of Ireland Under-21 international spent a week on trial with Forest during April and left the Championship club impressed.

Bossin was born in Belgium but decided to represent the Irish national youth teams and made his debut against an England C side two years ago.

The shot-stopper has not made a senior appearance for Belgian giants Anderlecht but has represented them in the UEFA Youth League.

He moved there in 2015 following a spell with Belgian side White Star, where he made the only senior appearances of his career by playing three times.

According to TransferMarkt, Bossin will be out of contract within a matter of weeks meaning that he could be moving to the City Ground on a free transfer.

Belgium is pretty much turning into the holy grail of football. A great deal of youngsters produced there seem to be turning into high-quality players. The signing of Bossin would really fits Mark Warburton’s philosophy of snapping up young stars and turning them into the first-teamers. However a goalkeeper is a position that shouldn’t be messed around with and a team that has potential relegation worries needs to be looking at more experienced options. Forest have a good number of shot-stoppers currently on the books but you could ask questions about all of their places in Warburton’s first-team plans. Bossin may be good for the future but is not an immediate solution.

In other Nottingham Forest news, the Reds are plotting a swoop for this young attacker who once had a trial with Manchester United. 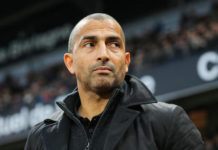