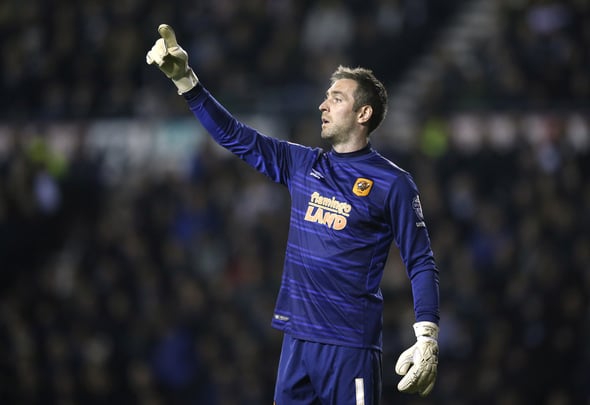 Nottingham Forest are in pursuit of Hull goalkeeper Allan McGregor, according to a reliable journalist.

Sun reporter Alan Nixon claimed on his personal Twitter account on Sunday that the Reds are “keen” on the 35-year-old when he was asked about the interest by a fan.

However Forest are said to be facing a contract stalemate with the 36-times Scotland international, as it is understood that the ‘keeper is after a two-year deal while the East Midlands side are only looking to sign him up for one season. Mark Warburton has already recruited one goalkeeper this summer when Liam Bossin secured his switch from Belgian giants Anderlecht.

However it appears that the 54-year-old is still eager to bolster the competition for the No 1 spot, with Jordan Smith, Dimitar Evtimov, Vladimir Stojkovic and the injured Stephen Henderson still at the City Ground.

Smith had been the preferred option at the back end of last season following Henderson’s long-term lay-off, and the Nottingham Forest academy product was called upon once again in the first match of the season against Millwall on Friday night where he kept a clean sheet in a 1-0 win.

McGregor also started for Hull in their season opener in a 1-1 draw at promotion favourites Aston Villa.

The former Rangers ‘keeper has made over 100 appearances for the Tigers in his four years on Humberside.

Forest would have way too many goalkeepers on their books if they managed to sign McGregor. It’s understandable that they just want a temporary replacement for the injured Henderson, but Warburton has to clear out the likes of Stojkovic and Evtimov before he brings in someone else. It would be a better idea for the Reds to try and land a goalkeeper on loan from a Premier League side. There are plenty of top-flight ‘keepers who are third choice and are eager for first-team football. A loan move would represent a much smaller risk for Forest and it will also be a cheaper thing to do while they try to clear out the likes of Stojkovic and Evtimov. Smith has been brilliant for the Reds and is certainly one for the future, but it seems Warburton wants a No 1 who has a great knowledge of the Championship, which is understandable.